Deadly tractor-trailer crash shuts down I-78 in Berks County 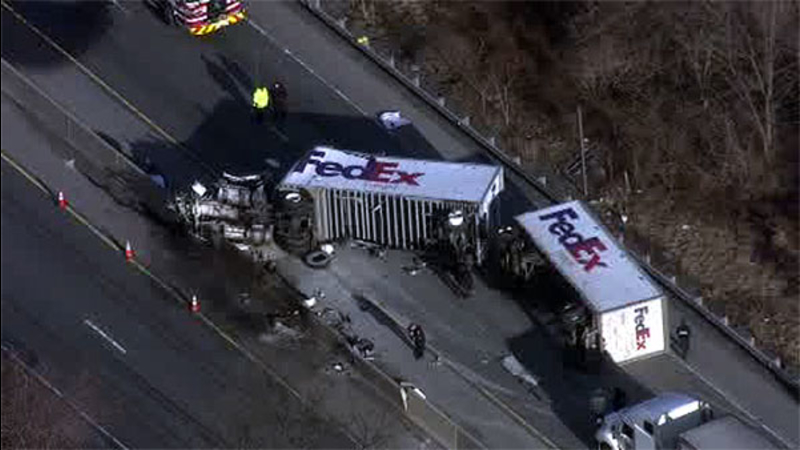 VIDEO: Deadly truck crash on I-78 in Berks Co.

GREENWICH, Pa. (WPVI) -- A truck driver is dead following a crash that shut down part of I-78 for hours Tuesday in Berks County.

It happened at 4:30 a.m. in the westbound lanes of the interstate in Greenwich Township.

A tractor trailer came to a stop behind the Hyundai. That truck was then hit from behind by a FedEx truck with a tandem trailer.

The FedEx truck overturned and landed across both lanes of the highway and part of the concrete barrier.

The driver of that truck was killed. Authorities identify the driver as 49-year-old Kevin Staab from Highspire near Harrisburg.

Police say there was a small fire in the engine compartment. It was put out by other drivers who stopped at the scene.