WPVI
CENTER CITY (WPVI) -- Philadelphia police took a dozen people into custody after demonstrators protesting the death of Alton Sterling in Baton Rouge, Louisiana blocked the ramp to I-676.

The protest in Philadelphia began with a few dozen people at 12th and Market right around 6 p.m. Wednesday.

But the number of protesters grew as they marched through Center City blocking off traffic along the way.

The group of approximately 200 finally stopped on the Vine Street ramp at Callowhill where several sat down.

"How important is a man's life? How important are black people's lives? Everyone else doesn't have to deal with this," protester Kamau said.

"A black man was murdered. It's important that black men are not besieged, as well as black women. Black and brown bodies matter. Black lives matter and we have to show it even if people are inconvenienced," protester Asa Khalif said.

"Some of us actually believe that some of you don't know what's going on around you and that's why you're sitting on your couches, but doing absolutely nothing is the same as being part of the problem," protester Rhonda Wittlin said.

Responding police repeatedly ordered the protesters to clear the roadway, before eventually taking 12 people into custody.

"We did meet some passive resistance, but no one is injured and they will be taken to the 9th district, they will be cited, and released later on in the night," Philadelphia Police Chief Inspector Joe Sullivan said.

All the while, picketers held up anti-police signs and screamed epithets at the officers.

We asked Chief Inspector Sullivan if he ever takes it personally.

"We recognize that people have a right to say what they want. That's what makes this country great. The First Amendment - right to free speech. Our job is to protect that right, not to impeded it, and not to be offended by it," Sullivan said. 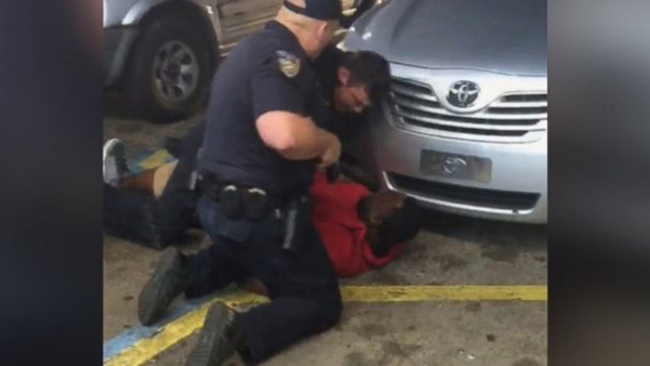