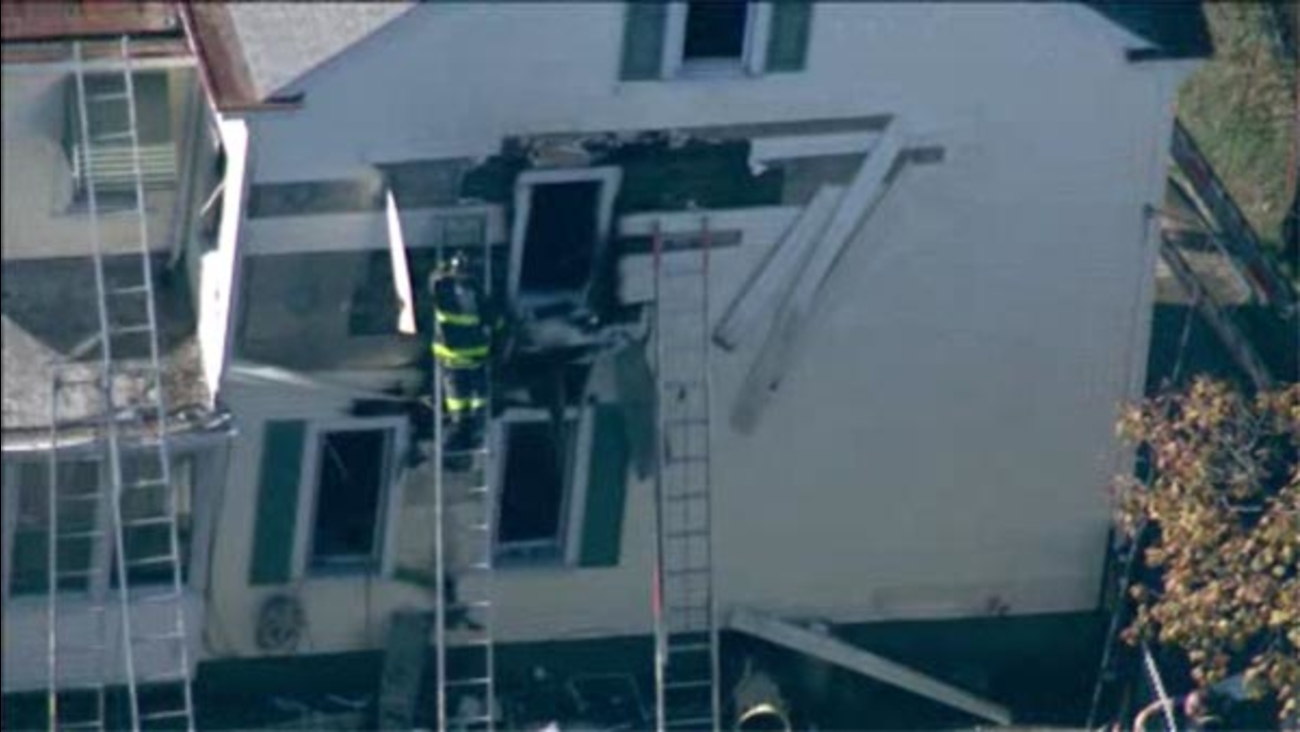 A two-alarm fire at a three-story home left a firefighter injured in Mercer County.