In Closing, Defense Says 'No Excuse' for Boston Bombing 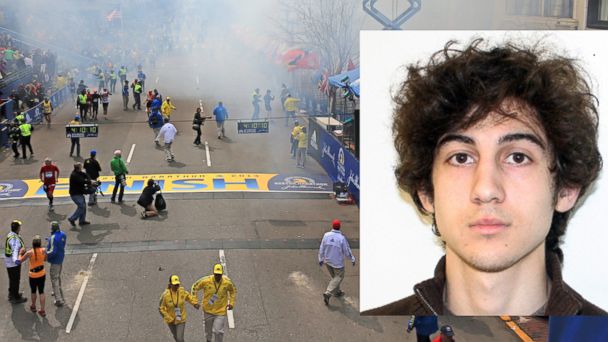 Prosecutors and the defense for Boston Marathon bombing suspect Dzhokhar Tsarnaev wrapped up closing arguments today, after which the jury has been ordered to deliberate Tsarnaev's guilt or innocence in a case that could carry the death penalty.

"The defendant brought terrorism to backyards and main streets," prosecutor Aloke Chakravarty told the court as today's hearing began. Chakravarty said Dzhokhar Tsarnaev and his brother Tamerlan "felt they were soldiers" who were "bringing their battle to Boston."

At the start of the defense's opening statements, attorney Judy Clarke said plainly that there is "no excuse" for what happened.

Tsarnaev is ready to be held responsible, Clarke said. "There is no excuse. No one is trying to make one. Planting bombs at the Boston Marathon was a senseless act," she said.

"We are not asking you to excuse the conduct, but let's look at the varying roles," Clarke said today, arguing that evidence pointed to Tamerlan being primarily responsible. "If not for Tamerlan, it [the bombing] wouldn't have happened."

In return, the prosecution said Clarke was trying to let her client "dodge full responsibility."

Tsarnaev stands accused of 30 counts related to the deadly 2013 bombing, as well as the murder of a police officer days after the blasts. Of the 30 counts, more than half are death penalty-eligible, meaning if Tsarnaev is convicted on just one of those, a later sentencing hearing by the same jury could hand down the ultimate punishment.

Though Tsarnaev pleaded not guilty, from the outset of the trial, Clarke has argued not that Tsarnaev was free from blame for the horrific allegations lodged against him, but that he was under the influence of Tamerlan -- a strategy that legal analysts told ABC News was not designed to win the trial, but to avoid the death penalty later.

Twin blasts near the finish line of the April 2013 marathon killed three people and injured some 260 others. In a still image taken just before the explosion, Dzhokhar Tsarnaev can be seen apparently dropping a backpack that prosecutors said contained a bomb in the middle of the crowd, just behind eight-year-old Martin Richard, who was killed in the blast.

Today Chakravarty again played video of Dzkhokhar Tsarnaev choosing the spot and asked jurors to focus on the Richard family.

Earlier in the trial, the prosecution called Richard's father, Bill, as a witness to describe what happened after the bomb went off.

"I saw a little boy who had his body severely damaged by an explosion," Bill Richard told the jury. "I just knew from what I saw that there was no chance... He was eight years old."

"The evidence," he said, "speaks for itself."

More carnage followed the bombing when, three days later, the brothers alleged murdered an MIT police officer as he sat in his cruiser. Hours later, when authorities finally caught up to them, the brothers entered into a vicious firefight with police in the Boston suburb of Watertown. Tamerlan was killed after Dzhokhar ran over him in a vehicle during his escape from the gunfight.

Dzhokhar was later found, bloody and hiding in a dry-docked boat. On the walls of the boat he had written an anti-American screed, saying, "The U.S. government is killing our innocent civilians but most of you already know that... I can't stand to see such evil go unpunished."

Throughout the trial the defense painted Tamerlan as the plot's mastermind and noted that FBI analysts found Tamerlan's fingerprints on the bomb materials, but not Dzhokhar's. Prosecutors, on the other hand, attempted to show the Dzhokhar had fed into radicalization in his own right, researching jihadi material online and referencing a high-profile al Qaeda figure on a secret Twitter account.

At the end of the government's closing argument, prosecutors filled the courtroom with pro-jihadi music, the same kind they said Tsarnaev would "lose himself in," and showed juror pictures of the black flag with Arabic text that hung in Tsarnaev's room - the same flag associated with terrorist organizations like al Qaeda.

"It was intentional, it was bloodthirsty, it was to make a point," Chakravarty said of Tsarnaev's "crimes."