WPVI
WHITEHALL TWP., Pa. (WPVI) -- A 26-year-old woman was found strangled in her home following a domestic dispute with her 24-year-old estranged husband who has been charged with her murder.

Police said around 11:20 a.m. Wednesday they responded to the 3300 block of South Fifth Avenue for a report of a suspicious death.

The victim was found in her apartment she shared with her mother with an electrical wire wrapped around her neck and a sock taped inside her mouth.

The mother of the victim told police when she left the apartment around 8 a.m., she locked the door and her daughter was alive. When she returned, the door was unlocked and she was dead. 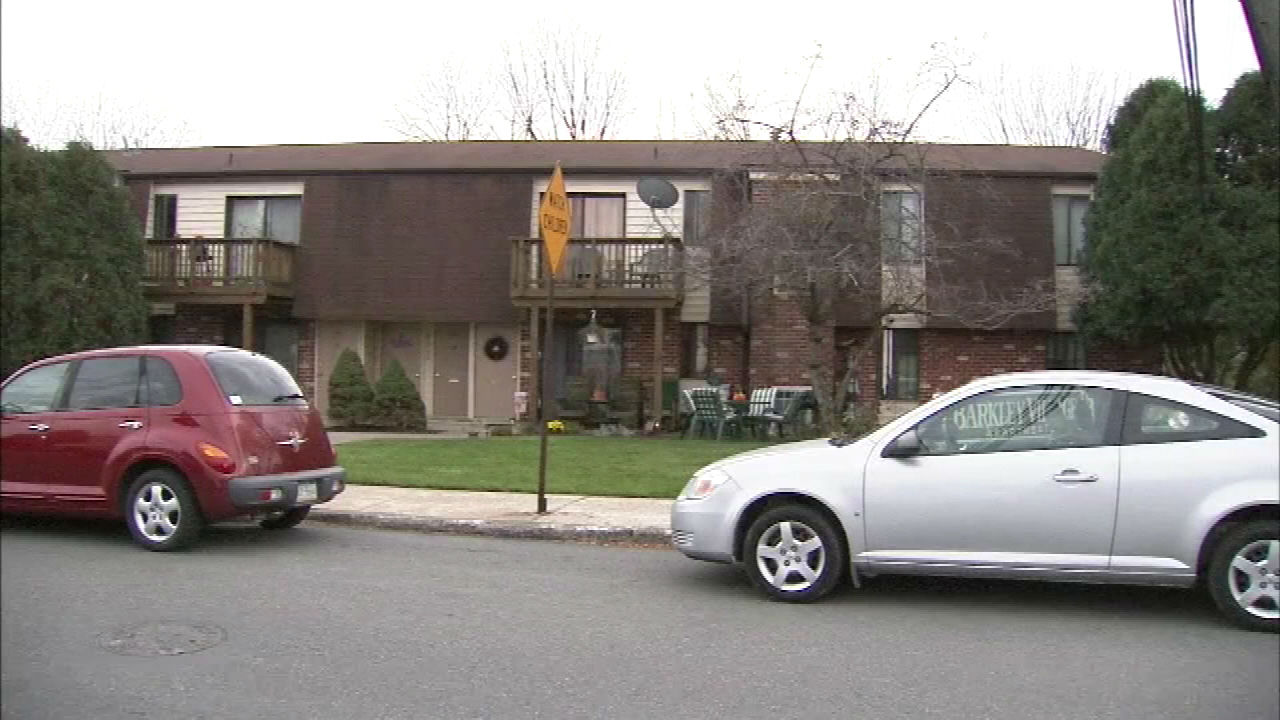 PHOTOS: Woman strangled in Whitehall Twp.
The Action Cam was on the scene outside the home where Jillian Rohrbaugh was found with an electrical wire wrapped around her neck and a sock taped inside her mouth.

An autopsy performed on Thursday ruled the death a homicide, and the cause of death was determined to be asphyxiation.

During an interview, Gordon Rohrbaugh allegedly told investigators he killed his wife during an argument.

Police said the suspect and the victim had been married since July, but were currently separated.

Last year, Jillian Rohrbaugh was sentenced to 7-23 months behind bars for arson and endangering the welfare of a child after she set a house on fire in Lehigh Township after her ex-boyfriend told her to pick up her belongings or he'd burn them.

She did it for him with her 5-month-old baby just a few feet away.

It's unclear if that boyfriend was Rohrbaugh, but neighbors near the murder scene were relieved police caught their man.

"If not then it would have just bring more fear to the neighborhood thinking there's someone out there that may be killing people," said Kevin Menter.
Related topics:
whitehall townshippennsylvania newsstranglinghomicide investigationhomicide
Copyright © 2020 WPVI-TV. All Rights Reserved.
More Videos
From CNN Newsource affiliates
TOP STORIES