Philadelphia officer accused of DUI while on duty 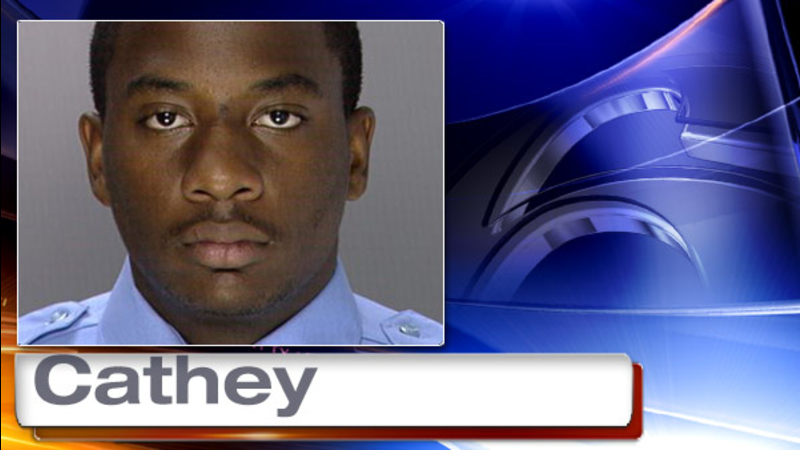 VIDEO: Philly officer accused of DUI while on duty

SOUTHWEST PHILADELPHIA (WPVI) -- A 6-year veteran of the Philadelphia police department is facing DUI charges after he was caught driving in a marked police cruiser with flat tires.

It was approximately 12:20 a.m. Saturday when 26-year-old Officer Darryl Cathey allegedly pulled up to 12th district headquarters on the 6500 Woodland Avenue driving a marked police vehicle with three flat tires and bent rims.

A 12th district police sergeant on the scene allegedly smelled alcohol on the officer's breath, observed he had bloodshot eyes, and said the officer was very talkative and indicated he did not know the cruiser's tires were flat.

When the sergeant attempted to take the officer into custody, a struggle ensued between Officer Cathey, the supervisor and other officers.

There were no injuries or damage to any property.

Action News has learned this is not Officer Cathey's first run in with the law he was sworn to uphold.

In 2011, a 23-year-old Cathey was accused of assaulting his former girlfriend and charged with robbery but prosecutors reportedly dropped the charges because the victim did not show up in court.

Documents reveal he was fired in January of 2012 but the Fraternal Order of Police fought and got him reinstated in February of 2014.

For this recent incident, Officer Cathey was charged with DUI, aggravated assault, simple assault and recklessly endangering another person for assaulting the supervisor.

He's also been suspended for 30 days with intent to dismiss.