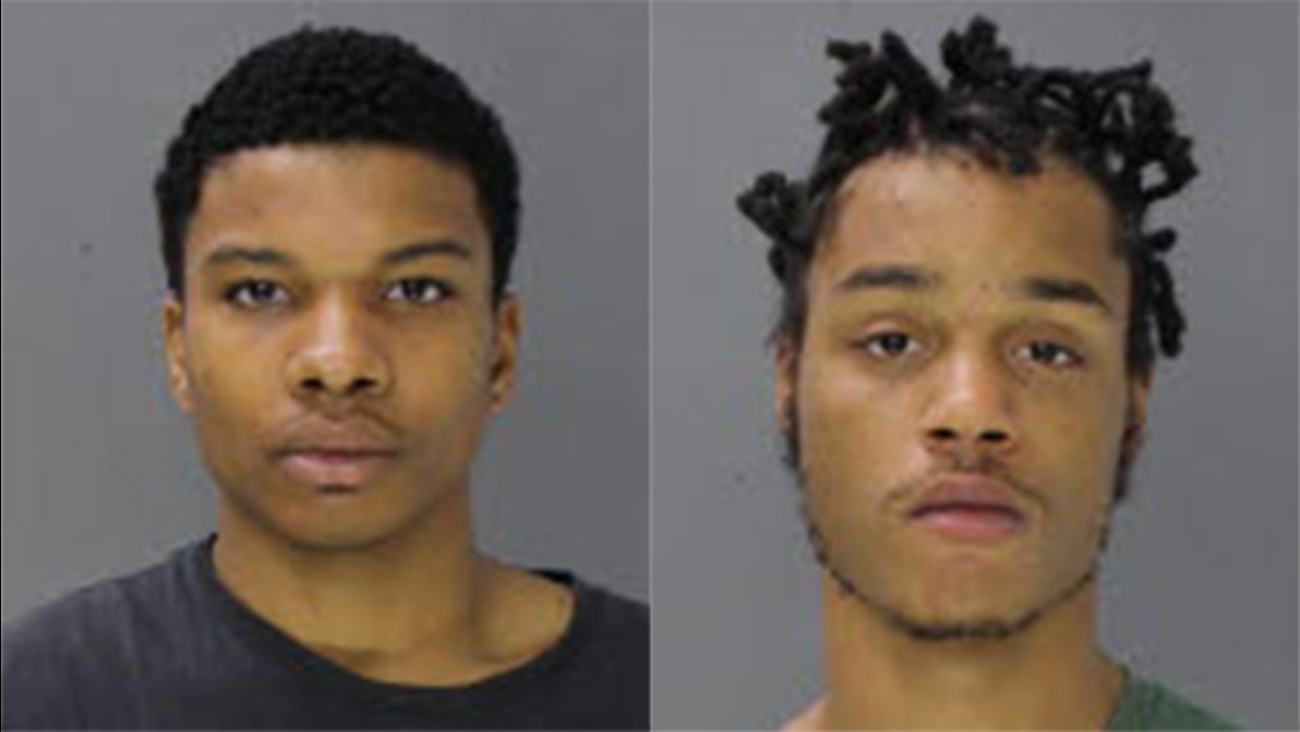 ABINGTON TWP., Pa. (WPVI) -- Police in Abington Township have arrested two men for robbing and assaulting a pizza deliveryman after calling in a phony order.

Quincy Evans, 21, of Philadelphia, and Rashon Izeem Sington-Saunders, 23, of Jenkintown, have been charged with robbery, assault and related offenses.

Police say at 11:06 p.m. Monday, an employee of Domino's Pizza was delivering an order to an apartment which had been phoned in.

He went to that apartment, but the residents said they had not placed an order.

As the deliveryman returned to his vehicle, police say he was approached by two men.

One of the men pushed the victim and the other placed what he believed was a gun in his back and said; "Run your pockets you (expletive)!"

Police say the victim grabbed the barrel of the gun and began wrestling with the suspects.

The suspect punched the victim and fled on foot with the order of food and an undisclosed amount of cash.

The victim suffered bruises and lacerations, but did not require hospital treatment.

At approximately 12:45 a.m. Tuesday, an Abington officer on patrol stopped two males fitting the description of the suspects.

Through investigation, they were connected to the crime and admitted committing the robbery.