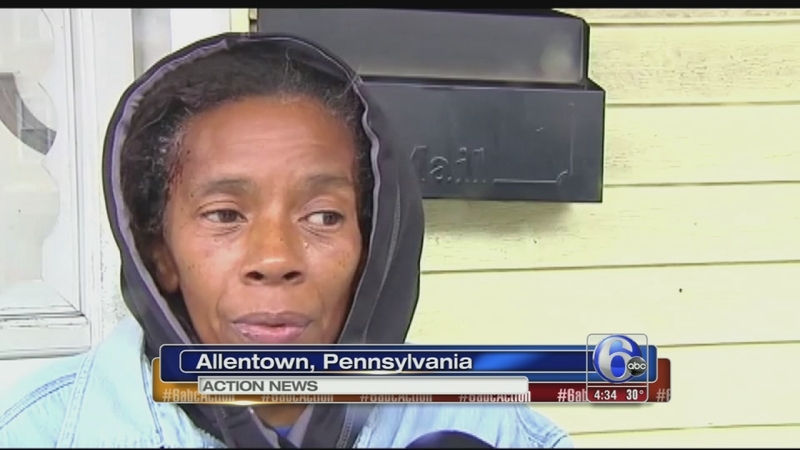 ALLENTOWN, Pa. -- Authorities in Allentown are investigating after a bullet struck a woman in the head as she was looking out a window of her home.

Capt. Bill Reinik said the 51-year-old woman survived the 2:15 a.m. Saturday shooting when the small-caliber round pierced the skin but not the bone. She was hospitalized with moderate injuries and is expected to recover.

The victim, Dianna Nevius, says she cleaning when she heard voices outside of her house. She said she saw four people and heard a shot.

Reinik said there were actually four small-caliber shots, one of which went in the window and hit Nevius in the scalp.

"I'm scared to go by windows now, I'm not looking out any more windows," Nevius said.

Nevius' husband and several children were home at the time.