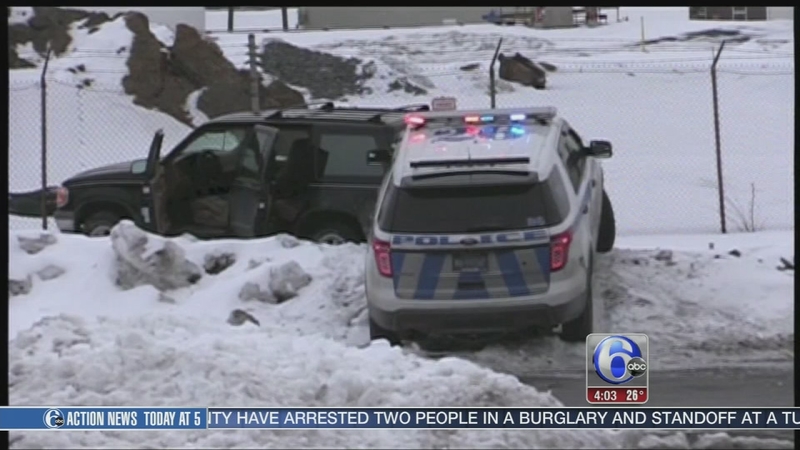 ALLENTOWN, Pa. (WPVI) -- A woman and a police officer were stabbed and the suspect was fatally shot following a domestic dispute and police chase in Allentown, Pa.

Investigators say it all began shortly after 3 a.m. in Whitehall Township. A woman was stabbed in that domestic dispute inside a home on Main Street, police say.

They had been a couple for several years until the victim ended the relationship a short time ago.

Jennifer Brown, a neighbor, said she heard the sounds of the attack.

"I heard a lot of screaming, 'Help me, help me,' some banging on the floor. So I instantly went over to the wall, banged on the wall, and said 'I'm calling 911," Brown said.

As the Nichols fled, police in Catasauqua began the pursuit.

The chase ended in an industrial area of east Allentown.

A knife-wielding Nichols stabbed a Catasauqua officer and was shot multiple times by police, and killed.

The incident was caught on police video and has been reviewed by investigators.

"It's pretty clear to me the officer was under attack with a large knife. He was stabbed multiple times. Certainly, under those circumstances, the force that was utilized was, in my opinion, justifiable," said Lehigh County DA Robert Martin.

Both the woman and the officer who were stabbed are recovering.

Neighbors said that while Nichols and the woman were a couple they could frequently heard to be arguing and police were called to the home several times.