2 arrested in assault of park ranger in Philadelphia's Love Park 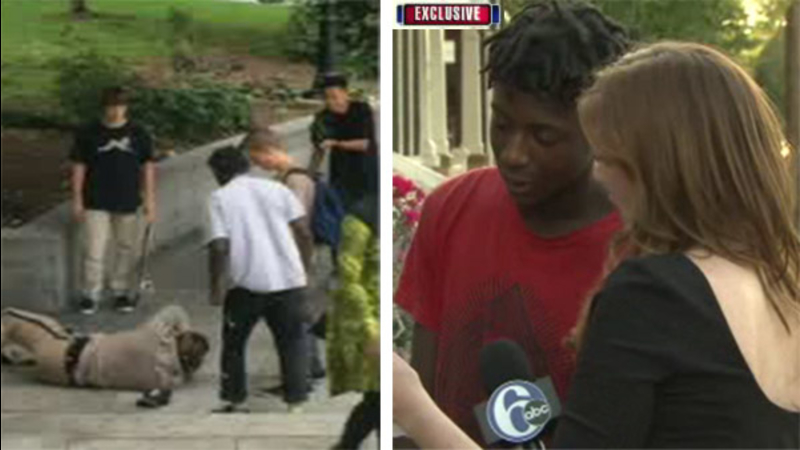 CENTER CITY (WPVI) -- Philadelphia police say they have made two arrests and are searching for a third person in connection to the brutal beating of city park ranger in Love Park.

On Monday morning, authorities arrested 19-year-old Curtis Tanner of Pottstown and a 17-year-old, both from Pottstown.

Video of Friday's attack captured footage of the brutal beating. A city park ranger was beaten, kicked, stomped and spit on after he tried to enforce the skateboarding ban at Love Park.

On Sunday, Action News found Tanner at a Pottstown address and he admitted to us he is on the tape seen assaulting the ranger.

"If I had the chance, I would apologize to that guy. I lost my cool," said Curtis.

Action News tracked down one of the men seen on the video kicking the ranger. The 19-year-old Pottstown man, who goes by the name 'Curtis' confessed to Action News.

Why didn't he walk away?

"I don't know, I was just in the heat of the moment," said Curtis.

He claims the ranger grabbed his friend.

"They probably didn't get all that, we were walking away but then he grabbed my friend and I just stepped in," said Curtis.

Witnesses say the ranger never threw a punch but did hold up his fists. 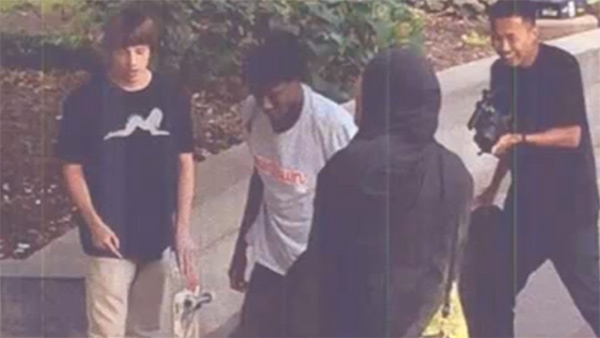 Suspects in Love Park assault
Police released new images Monday of the suspects sought in the assault of a park ranger in Philadelphia's Love Park.

Sources tell Action News that the park ranger chose not to fight back on purpose because he was afraid he would lose his job.

The ranger suffered injuries to his head but is said to be okay.

By phone, 25-year-old tourist Mariano Verrico, who recorded the video, says he didn't intervene because he knew the cops were en route and that it wasn't safe.

"It was a very hostile environment and it just wasn't right," said Verrico.

At the time of our interview, Tanner was not a named suspect by police, but he did fit the description of one of the three assailants wanted for the crime.

Hours after our story aired, his arrest was made.