What does the Senate tax plan mean for you? 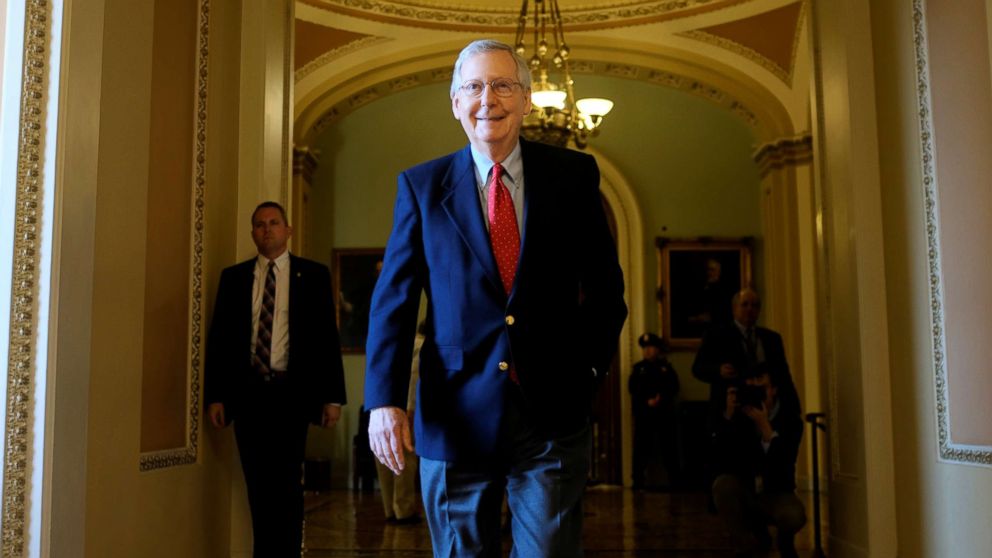 The massive tax overhaul passed by the Senate early Saturday morning will, if enacted into law, affect millions of Americans in different ways.

By and large, the most costly provision continues to be reducing the corporate tax rate to 20 percent. The Joint Committee on Taxation gives that a $1.4 trillion price tag. Republican claims the measure would pay for itself were debunked this week by the group. Its analysis estimated the bill would grow the economy by 0.8 percent over a decade and add $1 trillion to the deficit.

When it comes to individual income taxes, the Senate measure would make broad cuts across income levels. However, most of the individual income tax provisions will sunset after 2025 unless Congress acts. The bill includes a change to inflation adjustments that would raise taxes slightly compared with what they would be under current law.

By 2027, every income group under $75,000 is expected to see tax increases, according to the Joint Committee on Taxation.

The corporate rate cut, from 35 percent to 20 percent, will be permanent.

The Senate bill is not the final word.

The Senate's and House's tax bills have big differences, including the treatment of the health insurance mandate penalties, as well as the number of tax brackets. The two will need to be reconciled before they get to President Trump's desk.

Here's how the Senate plan could affect you:

2017 rates versus your rate under the Senate bill

The Senate bill would maintain seven brackets, the same as under current law, but it would lower most of the rates and raise many of the income thresholds. For example, two married people making $200,000 in 2017 would have paid $42,884.50 in taxes under current law. Under the Senate bill, they would move from the 28 percent to the 24 percent tax bracket, and their tax bill would drop to $37,079 - before deductions are considered.

Standard deduction would go up, other deductions out

The Senate bill would nearly double the standard deduction.

For individuals, it would go from $6,350 to $12,000. For married joint filers, it raises that deduction from $12,700 to $24,000. This may result in fewer taxpayers itemizing their deductions, and the bill's supporters hope that standard deduction increase will help offset the elimination of other deductions.

"Generally speaking, if you are a taxpayer that takes the standard deduction currently ... good chances are you get a tax cut," said Scott Greenberg, a senior analyst at the Tax Foundation. "Taxpayers with large amounts of itemized deductions, some of them could see a modest tax increase."

"Lawmakers are trying to create a tax code where fewer taxpayers use deductions that are related to specific economic activities and more taxpayers use the standard deduction," he said.

Who would take a hit? In the first eight years, Greenberg said, the potential losers are generally people who make great use of tax preferences rather than taking the standard deduction. A few stand out.

People living in high-tax cities and states like New York and California would take a hit, though Sen. Susan Collins, R-Maine, lessened that blow in the final hours of negotiations by retaining some deductions for property taxes.

According to the group's analysis, this deduction benefits middle-income earners more than deductions on state and local income tax would. In Westchester County, New York, the property tax deduction alone is worth $5,548 per filer, according to the Tax Foundation.

The issue was expected to be a sticking point in the final negotiations reconciling the Senate and House versions.

"It would have been a point of disagreement that they'd have to sort out," Greenberg said.

Upper-middle-income households with a lot of children

Although the bill would expand the child tax credit from $1,000 to $2,000 it would do away with personal exemptions. If you're in the 25 percent bracket or lower and you have children, Greenberg said, "the Senate bill is a good or harmless trade."

The personal exemption allows individuals to deduct more than $4,000 for themselves, their spouses and each dependent. He said this could hit upper-middle-income families.

The Joint Committee on Taxation has estimated that federal budget deficits would be reduced by about $318 billion by eliminating the penalty associated with the individual health insurance mandate. Those effects would occur mainly because households are expected to make less use of things like premium tax credits and Medicaid.

Lower enrollment would mean fewer benefits coming from federal coffers. There is concern that eliminating the mandate's penalties would lead to adverse selection, with young, healthy people choosing not to enter the insurance market, and that would lead to higher premiums.

Wins for the wealthy

Wealthy Americans would see a benefit in the Senate bill's changes to the alternative minimum tax (AMT). Senate Finance Committee documents say this was done to help simplify the tax code,

Finally, the richest Americans would see a boon in an expansion of exemptions from the estate tax, also called the death tax.

Currently, when a person dies, his or her heirs may receive up to $5.5 million in property and assets tax-free. The Senate bill would double that amount ($11 million for individuals, $22 million for married couples).
Report a correction or typo
Related topics:
abc newsnational
Copyright © 2021 ABC News Internet Ventures.
More Videos
From CNN Newsource affiliates
TOP STORIES