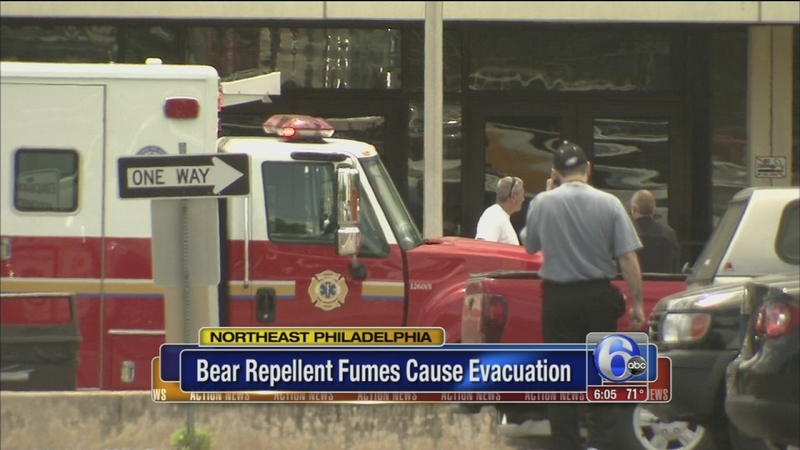 NORTHEAST PHILADELPHIA (WPVI) -- A postal facility in Northeast Philadelphia was evacuated after several workers were exposed fumes which were later discovered to be bear repellent.

It was shortly after noon Saturday that crews were called to the U.S. Postal facility on the 1900 block of Byberry Road.

Authorities say about 13-16 employees in a break room were affected by the fumes. Most of them complained of eye irritation and scratchy throats.

The break room is also used as a disposal area for bulk mail and other postal materials.

Investigators found bear repellent in one of bulk mail packages and they believe that was to blame for the employees' symptoms.

All of those impacted were quarantined on scene and treated at the facility. No one was transported to the hospital.

The building of about 190 employees was evacuated as a precaution.