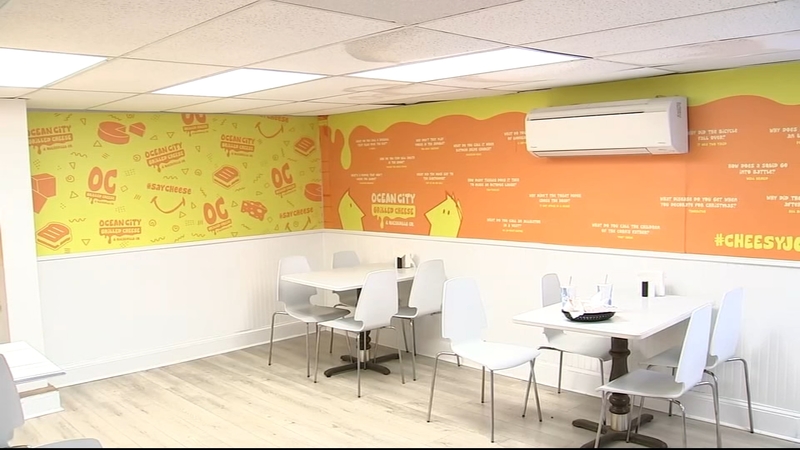 NORTH WILDWOOD, New Jersey (WPVI) -- Some businesses at the Jersey shore are worried after Governor Phil Murphy announced that the state will not be doing any more reopenings "for some time" because of emerging COVID-19 variants.

"My guess is we won't be opening capacity for some time now because of the caseload," Murphy said on CNN earlier this week.

George Klingos isn't happy. He owns the Vegas Diner & Restaurant in North Wildwood and thinks the restrictions need to end.

New Jersey Governor Phil Murphy said the state will not be doing any more reopenings "for some time" because of the emerging variants.

"I have to say we're starting to get used to bad decisions by Governor Murphy," said Klingos.

He says they need to be at full capacity by the summer season.

"A summer season at 50% would probably mean another hardly surviving year. (Murphy) follows the example of states that have done terribly. He does the same thing like California," said Klingos.

"He fooled us all and made us buy thousands of dollars of merchandise before 4th of July and then we had to get rid of it and lose all that money," said Klingos.

But it's not just Klingos. Many other restaurant owners we spoke with at the shore Tuesday night feel that way.

"I can't do this again. Last year was a disaster to everybody," said Enrique Vasquez with the OC Grilled Cheese in Ocean City.

He too says it's unlikely they'll survive another summer season with only 50% capacity allowed inside.

"We can't really go on much longer," said Vasquez. He fears many small businesses could fold around the shore under these current restrictions.

"You have Walmart, Acme, ShopRite, Home Depot, Lowe's and they're loaded with people every day. So what's the problem at this point? You're going to hurt us real bad," he says.

Murphy has cited numbers that the state is "still uncomfortably too high," including a daily positivity rate that averages 7% and 2,000 coronavirus patients in hospitals, when explaining why the state has been cautious in its reopening plans.

"We have the same concern," he told CNBC Friday. "We know we've got the New York variant, the UK variant, I guess the Brazil variant. We are part of the same reality a year ago. The densest part of the nation, we are the densest state in the nation, right on top of the New York Metro reality. Invariably, what hits them will hit us and vice versa. So we are watching that, all of that, very closely."
Report a correction or typo
Related topics:
businessnew jerseysocietycoronavirusphil murphycommunity
Copyright © 2021 WPVI-TV. All Rights Reserved.
More Videos
From CNN Newsource affiliates
TOP STORIES