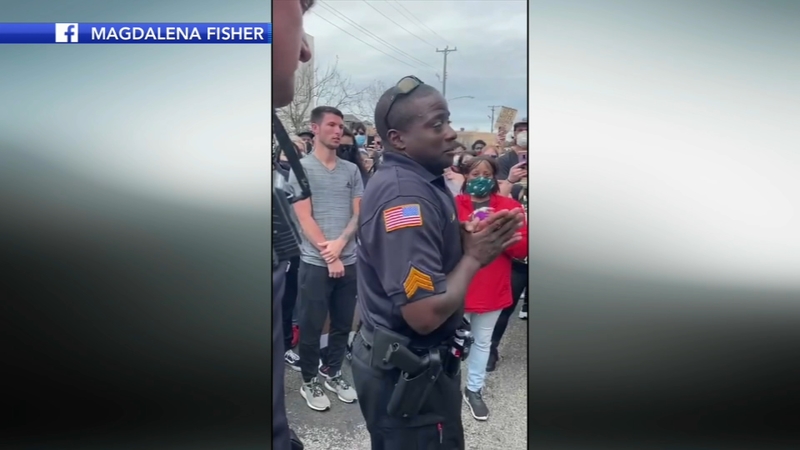 Ocean City police officer Tyrone Rolls shared a powerful message to protesters in the city. It was one of the many protests against police brutality and racism throughout South Jersey on Tuesday.

Chopper 6 was overhead as dozens marched across the Rt. 52 Causeway into Ocean City.

The group could be seen lying in front of the city's police department letting their voices be heard.

At some point during the protest, Officer Rolls, who is black, shared a powerful message to the crowd.

"I get it out of uniform. I get it because I'm not recognized when I'm out of uniform," said Rolls. "But the problem is, it's a lack of education. Our education system is failing us. We don't teach the real American history or where it comes from," said Rolls. "The peaceful protest back then, the riots back then didn't work. But this I love. We're all standing here together. No violence, no rioting. Everybody's getting their voice heard. But again, we have to learn a real history." 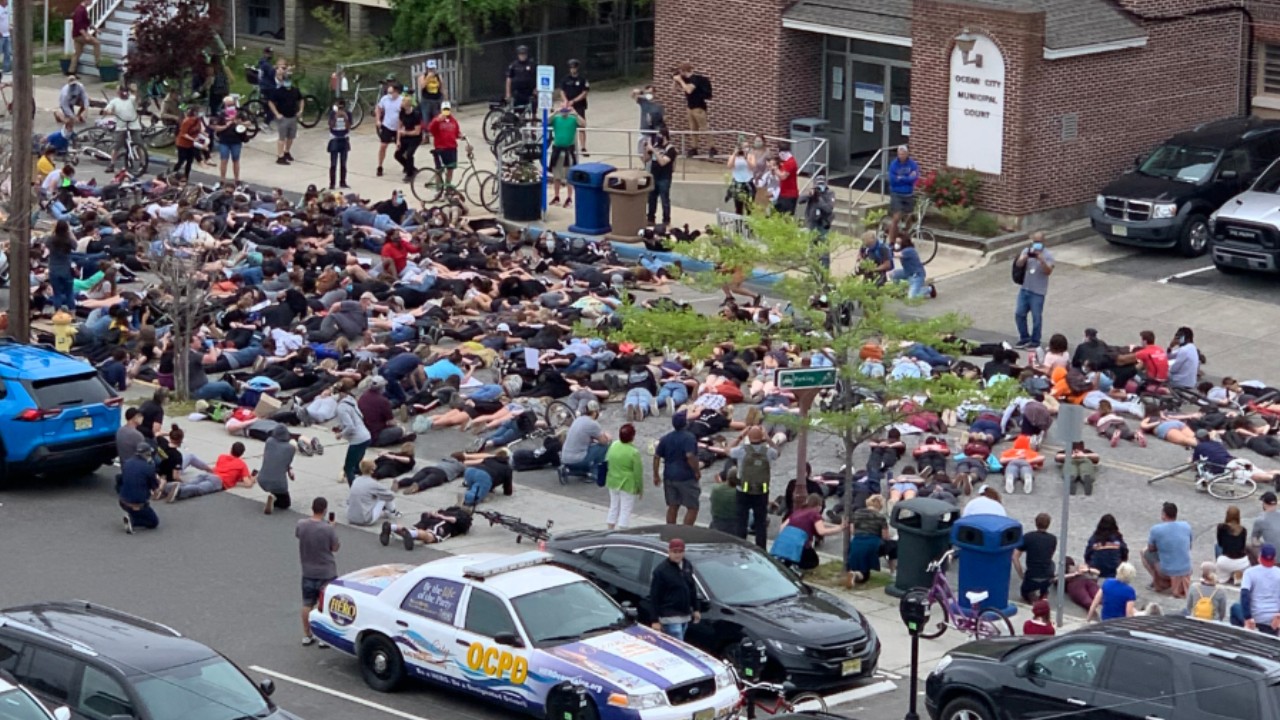 Demonstrators marched peacefully and staged a protest in front of the Ocean City Police Department on June 2, 2020.

"The event today was peaceful, and the crowds have dispersed. It was an example of how different people can come together to send an important message. I could not be prouder of how our community and the police handled themselves, and I was glad to see Sgt. Tyrone Rolls and Lt. Pat Randles join the proceedings to offer their perspectives," said Gillian.

The protests and marches in New Jersey Tuesday were largely peaceful as people continued to protest police brutality more than a week after the killing of George Floyd in Minneapolis.

In Moorestown, families and children attended a march, saying it was an emotional experience.

"It was just seeing all these people rally together for one cause. It just really made me feel like people do know what we're going through, are learning, are trying to learn," said 11-year-old Alana Lee of Lawnside.

"For me, it just felt really good to be a part of this. Just standing up for the black people," said Caleb Williams, 11, of Marlton.

"Throughout history, it's always been the young people that have used their voices to stand up, and as a teacher, that's what we've always told them to do," said Caleb's mother, Spring Williams, who is a teacher in the Moorestown School District.

"It's ok to say I'm not racist, but are you anti-racist? That's the key," said Ashanti Holdbrook of Moorestown, who came to the protest with her daughter.

While the rally was loud, participants also observed 8 minutes and 46 seconds of silence, in memory of George Floyd.

In Toms River, community leaders and law enforcement knelt with protesters, after a march through town, chanting, 'I can't breathe,' one of the last phrases George Floyd uttered before he died in police custody.

In Cherry Hill, the protests spilled onto Routes 38 and 70 near the Cherry Hill, blocking traffic for a time in the late afternoon.

"They have traveled across our state, building partnerships with faith and community leaders, residents and stakeholders so that our transformations to policing and police culture are achieved through collaboration," said Murphy.