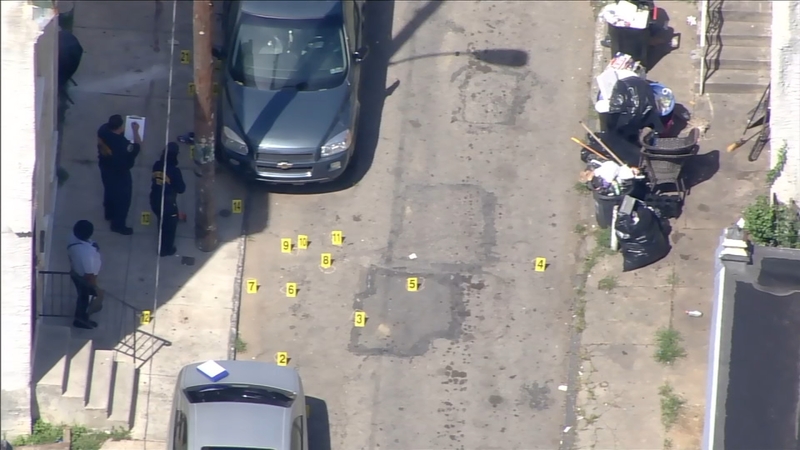 PHILADELPHIA (WPVI) -- Police in the 22nd district are investigating a double shooting that left one man dead and one woman injured in the city's North Philadelphia section.

Police say a male, approximately 50-years-old, was shot 21 times throughout the body.

The second victim, a 65-year-old woman was shot one time in the right leg.

The victims, whose identity remains unknown, were transported to Temple University Hospital. The man was pronounced dead and the woman remains in stable condition, police said.

No weapon has been recovered. No arrest has been made at this time.
Report a correction or typo
Related topics:
tioga nicetown (philadelphia)crimegun violence
Copyright © 2021 WPVI-TV. All Rights Reserved.
More Videos
From CNN Newsource affiliates
TOP STORIES