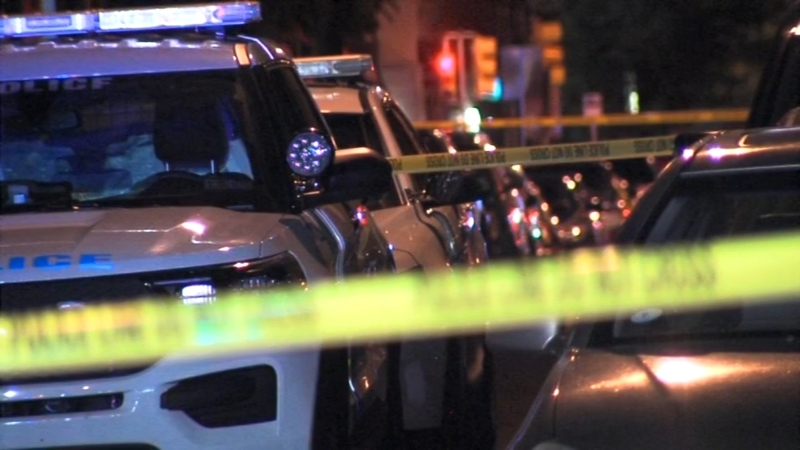 Police responded to two different crime scenes, which they believe are connected, around 3:10 a.m. Monday.

A 15-year-old female was shot in the head, police say. She was taken to the hospital where she died a short time later. She has been identified as Sabria Gaymon of Philadelphia.

The shootings occurred just a block away from the 22nd/23rd police district headquarters.

Temple police sent out an alert about the gunfire: "TUAlert: Shooting reported at 1700 block of N. 16th Street. Use caution. Avoid the area. Police are responding."

"The crime rate around here is out of control," said Ternessa Huntley, who lives nearby. "Totally out of control. We need to do something about it."

"Honestly, there's more to life than gun violence. Everybody, all they know is shoot, shoot, shoot," said Basim Rutledge of North Philadelphia. "I'm trying to get (my son) out of (this neighborhood) as soon as possible."

People who live in the area say the solution to gun violence needs to involved police, Temple University and individual residents.

"All those in a trifecta would have a beneficial impact on the community," said Yahlil Lakwamb, of North Philadelphia.

Police do not have a description of the suspects but said the shooters were an "unknown number of men" firing into the crowd.

In their initial update, police had identified the fatal shooting as a woman, not a teenager. On Tuesday morning, Gaymon was identified as the victim.