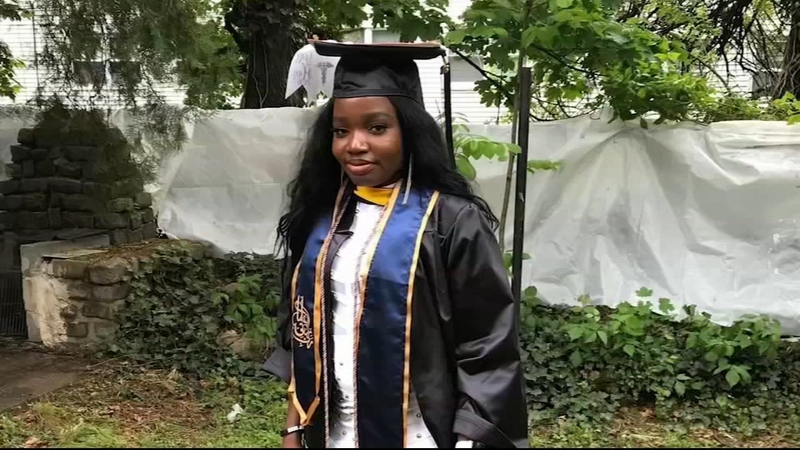 PHILADELPHIA (WPVI) -- Loving, caring, and a thirst for knowledge are just some of the things the family of Najeebat Sule wants you to know about her.

"She was quiet when you first met her, but when you got to know her, she bloomed more," said her sister.

The 24-year-old was tragically shot and killed on Friday, March 12, just before 6 p.m. near her family home on the 8800 block of Frankford Avenue in Philadelphia.

Her family spoke with Action News on a condition of anonymity out of concern for their safety.

Her father, who was home at the time, says he raced after the shooter after hearing several gunshots.

"This is the guy that shot my daughter. I tried to pursue him," he recalled.

Najee, as friends often called her, had just driven home for the day.

He would later learn from police his daughter had died.

"I don't know what to do, where to start now," her father said.

Najeebat moved to Pennsylvania from Nigeria in the early 2000s.

She not only graduated from West Chester University, but she returned to get her master's and was working towards her Ph.D.

She also achieved the title of Miss Nigeria.

"Sickle cell was her platform. Yeah, she talked about that," her sister said. "She was very talented, smart, and funny."

These traits and more are why the family has been rocked to their core by her murder.

"She's the beacon of our community. She's the rock for her sisters and her parents as young as she is," her aunt said. "You don't expect someone like her to fall victim."

Police tell Action News their investigation is still open, and they have no suspects or motive.