Video shows Philly cop being hit by car in Manayunk 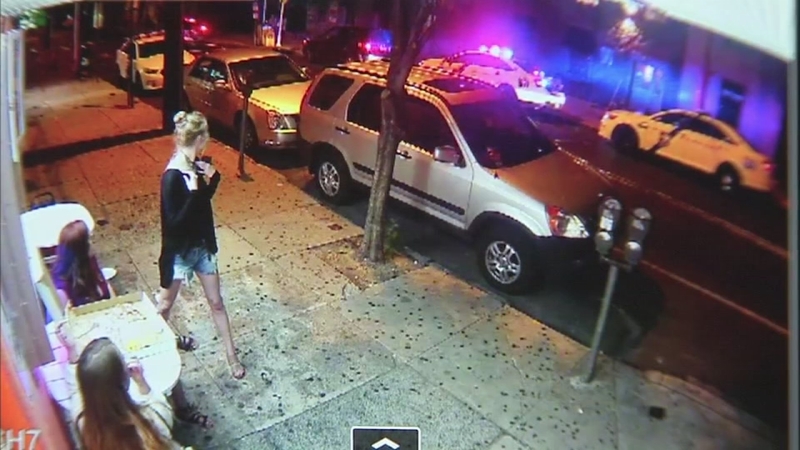 Police have identified the officer as 55-year-old Joseph Cain Jr., a 5th District Sergeant and 26-year veteran of the department.

Twenty-one-year-old Colin Murphy has been arrested and is facing multiple charges, including aggravated assault while DUI, criminal mischief, DUI and related offenses.

It happened early Thursday in the 4100 block of Main Street near Shurs Lane just before 1 a.m.

In the upper right-hand corner of the video, Sgt. Cain can be seen standing at the driver's side window of a police cruiser during a traffic stop.

Then, without warning, a 2008 Toyota Rav-4 travelling southbound hits the sergeant and vanishes from view.


Sgt. Cain was thrown 15 feet, and the impact knocked him out of his shoes.

"There's nothing more graphic than that optic of seeing his shoes on the ground. That scared me when I saw it," said Commissioner Richard Ross.
Commissioner Richard Ross visited Sgt. Cain at Einstein Medical Center Thursday morning. The 26-year veteran of the force suffered a broken collarbone, broken ribs, internal bruising and other injuries.
"He's OK considering. He's in pain. He took a significant strike and he is fortunate to be alive, and he said as much to me this morning in the hospital," said Ross.

Police say Murphy fled the scene. A Good Samaritan spotted his banged up Rav-4 about a mile from the accident in Roxborough. Responding officers arrested him without further incident.

"Thankfully, as I am told, a tow truck driver actually assisted us with that. He saw the car, he probably had a scanner, and he's the one that alerted another police officer so we are thankful to him," said Ross.