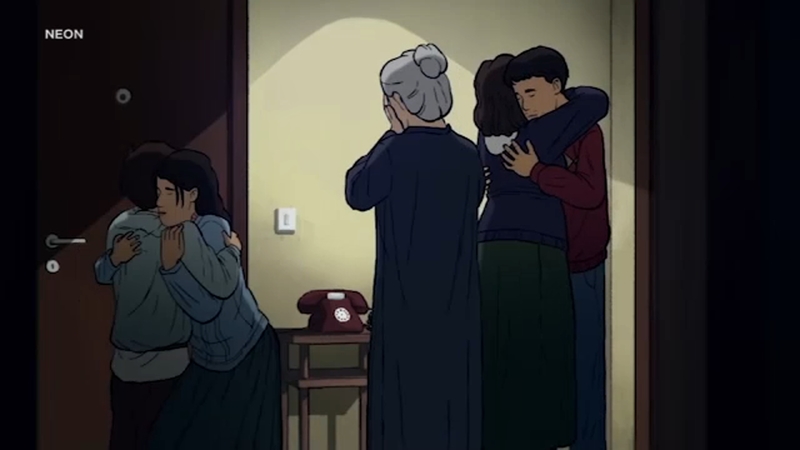 This year, one film is competing to be the best film in three different Oscar categories: Best Animated Feature, Best International Feature and Best Documentary. "Flee" is a powerful true story about a refugee from Afghanistan and his journey to a better life.

It's something he kept hidden for more than 20 years.

For the film's director, Jonas Poher Rasmussen, who co-wrote the movie with the man who lived it, "Flee" became a project that took almost a decade to complete.

"We were friends when we were teenagers and he arrived to my little Danish hometown one day from Afghanistan all by himself and stayed in foster care with a family around the corner. And already then I was curious about his story. But he didn't want to talk about it," said Rasmussen. "I knew it was rare to do an animated documentary. But it really started out being a conversation between me and a friend in my living room. And we didn't think it would be a feature. So it's, like, to be here after nine years is just insane."

"It has that perspective going back 20 years and then up to today to really understand about being a refugee and the cost of it and also the history of Afghanistan," said producer Monica Hellstrom.

Mark your calendar: March 27 is Oscar Sunday. Special "On The Red Carpet" coverage begins at 1 p.m. ET 10 a.m. PT and continues all day leading up to the 94th Academy Awards ceremony. After the last award is handed out, stay with "On The Red Carpet" for continuing coverage. Be sure to follow @OnTheRedCarpet on Facebook, Twitter, Instagram and TikTok for all your Oscar news and information. Click here to download our CTV apps to watch "On The Red Carpet" wherever you stream.