As expected there is already a legal challenge to Pennsylvania's mask mandate spearheaded by Republican lawmakers.
WPVI
By George Solis 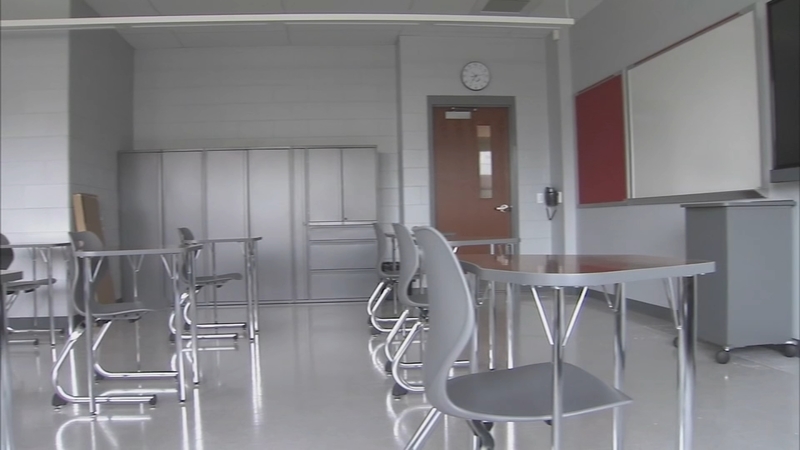 Starting Tuesday, all students, faculty and staff in Pennsylvania K-12 schools and day cares are required to wear masks, regardless of vaccination status.

The order will not apply to student-athletes while they're playing, nor to outdoor activities.

After saying it would be up to each district to decide on mask mandates just a few weeks ago, the Wolf administration reversed course and announced the requirement last week as COVID cases continued to rise.

"Wearing a mask in school is necessary to keep our children in the classroom and to keep COVID out of that classroom," Wolf said at a news conference.

As expected there is already a legal challenge to the state's mask mandate spearheaded by Republican lawmakers.

"One of the things that we're concerned about is the misuse of current law to basically take away local control, take away the autonomy of parents and individuals and local communities to run their lives as they see fit," said a Pennsylvania House Republican Caucus spokesperson.

SEE ALSO: 'We are drowning in people who are dying': Doctor takes to social media to urge COVID vaccinations
EMBED More News Videos

"We are drowning in people who are dying with this illness, and I have yet to admit a single person because of a vaccine-related incident."

The argument is that the order, which comes from Acting Secretary of Health Alison Beam, is illegal under state law.

The Wolf administration has fired back saying, it certainly is legal.

When making the announcement, Wolf stressed that misinformation may have prevented some from adopting mask policies.

He also made reference to his failed efforts in attempting to the Republican-led legislature to pass a mandate.

With his emergency powers curbed by voters in May, the governor turned to his top health official, which under the state's disease control law did have the authority to issue the mandate.

That now is the center of a new lawsuit challenging the order.

The lawsuit alleges Beam failed to comply with state law and the order isn't valid because it didn't go through the state's regulatory review process.

In an op-ed, Pennsylvania House Majority Leader Kerry Benninghoff argued local control should be given to individual schools districts.

He said in part:

"The statewide mandate also refused to acknowledge the fact that local control was, in fact, working. School boards and local governments have been hearing from families and individuals and making the decisions that best fit their community needs and reflect their community values."

A spokesperson for the Wolf Administration saying the secretary of health's authority "is clearly outlined in existing law. We need Republicans to stop spending their time undermining public health and instead encourage people to get vaccinated."

Pennsylvania House lawmakers are now slated to tackle the issue in Harrisburg once more.

"We're not scheduled to go back until the 27th, but I hear we're going to be called back early so that we can work on this legislatively," said Pennsylvania House Democratic Minority Leader Joanna McClinton.

In Upper Darby, where masks have been a requirement prior to the state's mandate, school administrators say things have been more or less operating smoothly.

"It's not political for Upper Darby. It's about keeping our kids safe, our staff safe and most importantly our ability to keep our schools open," said Upper Darby Superintendent Dr. Daniel McGarry.

However, the argument that it should be left up to schools to decide mask policy is one that remains up for debate.

"It would have been nice to have a much more collaborative, collegial approach, so there's a medical professional making these decisions because it's medical prudent to do this," McGarry added.

The Pennsylvania School Boards Association said that the decision on masking should have been left to local school officials, but that it would nevertheless remind school districts "of their legal obligation related to the directive."

"Our members remain committed to the health and safety of their students and staff, and while they have welcomed the expertise and guidance of state and federal agencies, they are in the best position to evaluate and promptly respond to the ever-evolving conditions in their own communities," said Nathan Mains, the group's chief executive officer.

Officials in Montgomery County are recommending the public begin masking up in certain situations outdoors amid a rise in COVID-19 cases.