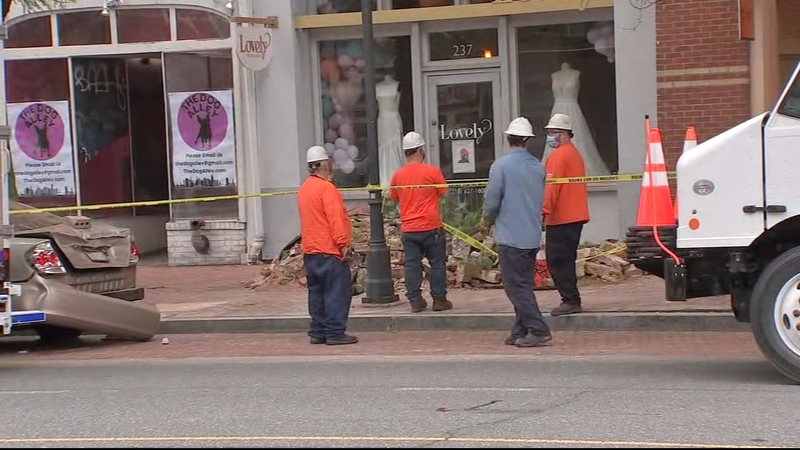 A top portion of an apartment building came down onto the sidewalk.

Residents were temporarily displaced and were cleared to back inside at 1:34 a.m.

The Action Cam found a car crushed by the falling debris. The bumper was hanging off and the side windows were smashed. A brick could be seen on the trunk.

The owner of the car came rushing to the scene around 5:30 a.m., completely astounded over what happened overnight.

This part of the sidewalk near 3rd and Market closed off after partial building collapse. Thankfully no one was below when it happened around 12:30am. pic.twitter.com/D372mP6ewl

Charles Meredith walks along the sidewalk every day.

A pile of rubble remained in front of a bridal shop on the block. The sidewalk was taped off to pedestrian traffic.

There were heavy rains last night, but it has not yet been determined what caused the collapse.

PECO responded to fix a manhole cover that was broken by the debris.