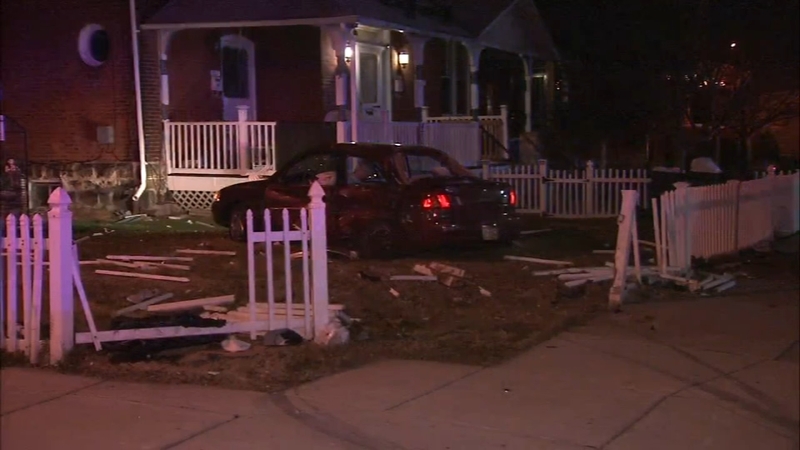 TACONY (WPVI) -- Philadelphia police are looking for two people who were involved in a deadly crash and then fled the scene on foot in the city's Tacony neighborhood.

The two vehicle crash happened around 12:30 a.m. Wednesday on the 6900 block of Torresdale Avenue.

Following the crash, one of the vehicles, which had three people inside, ended up on the front yard of a home.

The 31-year-old male driver and the 27-year-old female front seat passenger were found injured in the vehicle.

Philadelphia Police Chief Inspector Scott Small said another passenger, a 33-year-old man, had been ejected from the vehicle.

"The passenger who was in the back seat was ejected from the vehicle as a result of the accident. His body was launched about 30 feet," Small said.

That man, who is believed to be in his 30s, was pronounced dead at the hospital a short time later.

Police say the male driver and female passenger fled on foot from the striking vehicle, which remained at the scene.

Witnesses said the female passenger had a serious head injury and was bleeding, but still managed to flee.
Investigators say the license plate and vehicle identification number of the striking car returned a match to a home in Northeast Philadelphia.

At this point, the suspects have not been located and remain at-large.