John Foley is stepping down after an extended streak of tumult at the company, which will also cut almost 3,000 jobs.
ABCNews 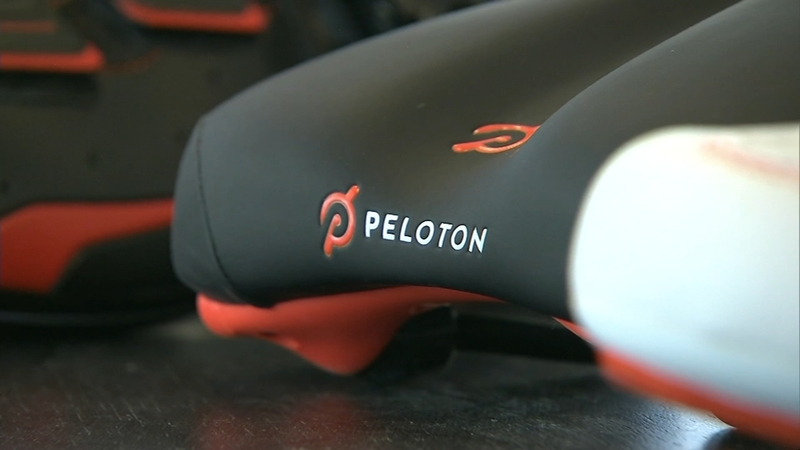 NEW YORK, New York -- The co-founder of Peloton is stepping down as chief executive after an extended streak of tumult at the interactive exercise bike and treadmill company, which will also cut almost 3,000 jobs.

John Foley first pitched the idea for Peloton in 2011, hoping to disrupt the industry. He will give up the CEO position and become executive chair at Peloton Interactive Inc.

Barry McCarthy, who served as CFO at Spotify as well as at Netflix, will take over as CEO, the company said Tuesday. Shares surged more than 16% in morning trading on Tuesday.

Peloton has been on a wild ride for the past two years during the pandemic. Company shares surged more than 400% in 2020 amid COVID-19 lockdowns that included gyms. Nearly all of those gains were wiped out last year as the distribution of vaccines sent many people out of there homes and back into gyms.

This week, there were reports that Amazon or Nike might buy the company and those that have pushed for the sale of Peloton continued to do so this week.

Activist investor Blackwells Capital asked again for the company to be sold Tuesday despite the change in leadership.

Blackwells sent a presentation to Peloton on Monday outlining "the mismanagement of the company by John Foley, the poor governance and board composition and the rationale for immediately commencing a sale process."

In addition to the leadership shakeup, Peloton announced Tuesday that it was cutting 2,800 jobs, including approximately 20% of corporate jobs at the New York City company. The instructors who lead interactive classes for Peloton will not be included in cuts, nor will the content that the company relies on to lure users.

Peloton said its winding down the development of its Peloton Output Park in Ohio. It will also reduce its owned and operated warehousing and delivery locations and will instead ramp up its third-party relationships.

Peloton is looking to reduce its planned capital expenditures for this year by about $150 million. The restructuring program is expected to result in approximately $130 million in cash charges related to severance and other exit and restructuring activities and $80 million in non-cash charges. The majority of the charges will be recorded in fiscal 2022.

The company also slashed its full-year sales outlook and now expects a range of $3.7 billion to $3.8 billion. That's down from a prior range of $4.4 billion to $4.8 billion, which it announced last November. It originally had expected $5.4 billion.

In a conference call with analysts, Foley acknowledged that mistakes had been made and that the company invested too quickly.

"We own it. I own it and we are holding ourselves accountable," Foley said. "That starts today."

The company anticipates at least $800 million in annual cost savings once its actions are fully implemented.

Wall Street took the shakeup Tuesday as a pivotal moment for Peloton, including the odds of a sale.

"We believe Foley leaving makes it more likely that Peloton ultimately sells the company and the board clearly has major decisions to make in the days/weeks/months ahead," wrote Wedbush analysts Daniel Ives and John Katsingris.

But a sale is not assured.

"I think the moves, as a whole, do not signify that Peloton is throwing in the towel. I believe this means they are going to slim down, refocus, and stay independent. Investment from outside firms should be on their agenda but not a sale," said Raj Shah, North America lead for tech, media, and telecom at digital consulting firm Publicis Sapient.

That uncertainty sent shares of Peloton tumbling 7% seconds after the leadership change was announced, with many believing the odds of a sale had diminished.

By the opening bell, however, the company's shares were rising, with many pointing to McCarthy's background in finance and the potential for a deal.

"Promoting Barry McCarthy with his eye on the financials makes sense - he's the type who can objectively look at Peloton's operations and choose where to invest and where to cut," said Timothy Hubbard, assistant professor of management at the University of Notre Dame's Mendoza College of Business.