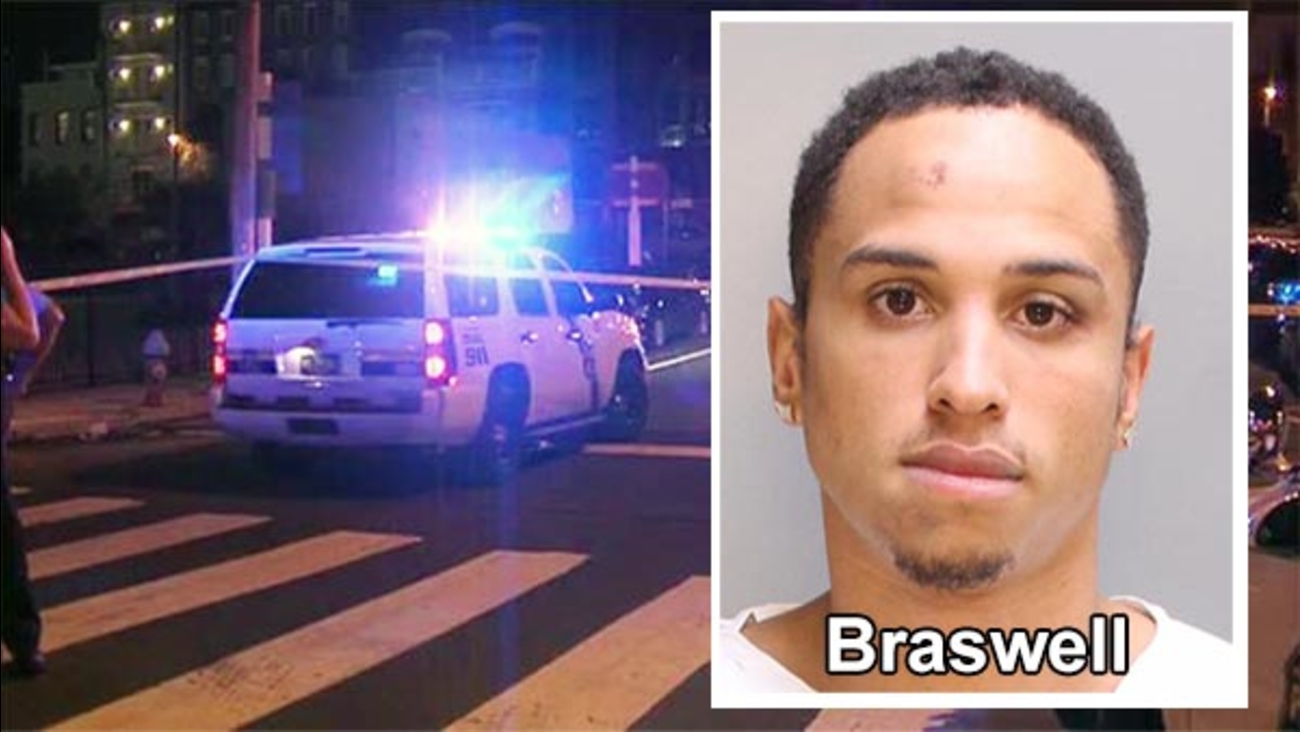 PENN'S LANDING (WPVI) -- Philadelphia police have made an arrest following a fatal shooting in Penn's Landing.

Xavier Braswell, 23, of the unit block of Burlington, New Jersey, is charged with murder and related offenses.

The shooting followed an argument around 11:45 p.m. Sunday outside Cavanaugh's River Deck at Spring Garden Street and Delaware Avenue.

A group began fighting at Cavanaugh's, and were kicked out of the bar by security.

Officers were called for a report of a fight and, while on location, they heard gunshots.

A 24-year-old man was killed after a fight that began at Cavanaugh's River Deck in Philadelphia's Penn's Landing section.

They approached an unidentified male on a motorcycle, who pointed to three males running away.

He also said to police, "They just shot my boy."

All three of those males were soon detained by police.