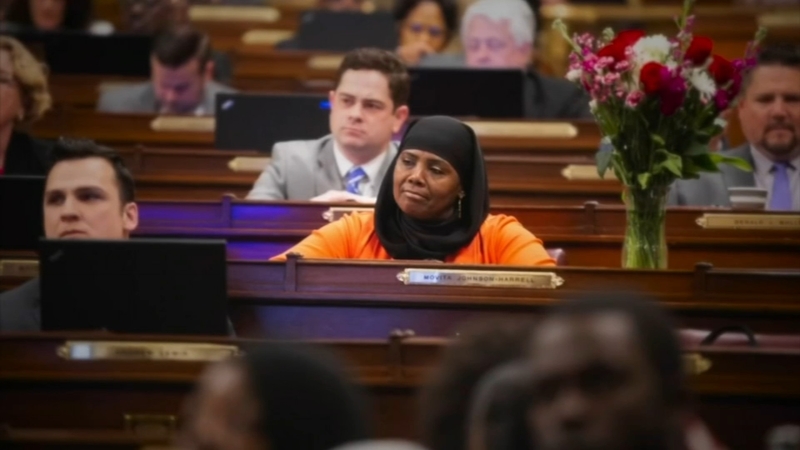 HARRISBURG, Pennsylvania (WPVI) -- Prosecutors on Wednesday charged a state House representative from Philadelphia and accused her of enriching herself by stealing money from a non-profit organization she founded to serve the mentally ill and poor who were fighting addiction.

Shapiro says the charges stem from an investigation into a non-profit created by Johnson-Harrell called MECA, which was supposed to help the communities less fortunate, including the homeless and those suffering from mental illness.

Authorities say she bought several properties to house people with medical issues but never paid the mortgage and had to shut them down. Prosecutors say the money she collected never went to those in need but instead to Johnson-Harrell's bank account.

Those living in her district are in disbelief.

"I seen her a lot on TV, they spoke great things about her...it is very sad to hear about that and I hope things get much better for her and her family,"said Dinah Harrington of West Philadelphia.

Shapiro says she spent thousands of dollars in charity money to pay for overdue payments for her Porsche, vacations, expensive clothes, real estate, mortgage payments and other personal expenses.

"She actually used money that was supposed to go vulnerable Philadelphians to support her bid for elected office," Shapiro said.

In a statement, Johnson-Harrell says, " I am saddened and dismayed by the nature of the allegations brought against me today. I vigorously dispute many of these allegations, which generally pertain to before I took office and I intend to accept responsibility for any actions that were inappropriate. I have always fought for the people of West Philadelphia to the best of my ability and will continue to do so. I have been proud to represent the 190th district. I cannot become a distraction for my friends and neighbors who need so much. I thus will be stepping aside as Representative later this month."

The 53-year-old Democrat was only sworn into office this past March, after winning a special election for the 190th District, to replace previous representative, Vanessa Lowery Brown, who resigned amid a bribery scandal.