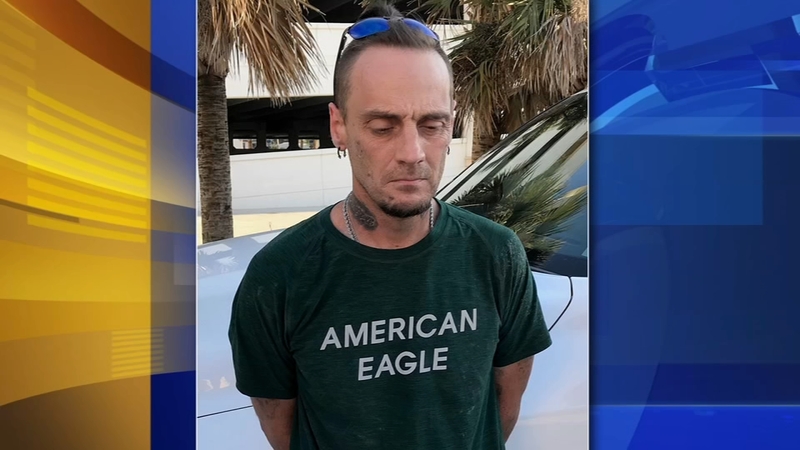 Shannon Westmoreland, 48, was due to appear in a Doylestown courtroom for trial after being arrested in June 2017.

After Westmoreland failed to appear for his hearing, a warrant was issued on October 22. The case was then referred to members of the Eastern Pennsylvania U.S. Marshal's Violent Crime Fugitive Task Force located in Philadelphia.

A former Bucks County youth football coach was arrested by U.S. Marshals as reported during Action News at 11 on October 29, 2018.

After a week of investigation in Chester and Delaware counties, deputies developed information Westmoreland may have fled to Florida.

On Monday morning, Deputy Marshals in Philadelphia briefed members of the U.S. Marshal Service Florida Caribbean Regional Fugitive Task Force about a location they believed Westmoreland to be hiding.

Around 5:30 p.m., investigators saw Westmoreland in the 500 block of N. Atlantic Avenue in Daytona Beach, driving a known minivan.

Accoring to authorities, when the vehicle stopped, deputies surrounded the minivan and Westmoreland was taken into custody without incident.

He was taken to the Volusia County Jail for processing and the Bucks County District Attorney's Office was notified.

Supervisory Deputy Robert Clark stated, "It is a top priority for the Marshals Service to bring those charged with serious sex crimes to justice. I hope the victims will find comfort knowing Mr. Westmoreland is once again in custody."