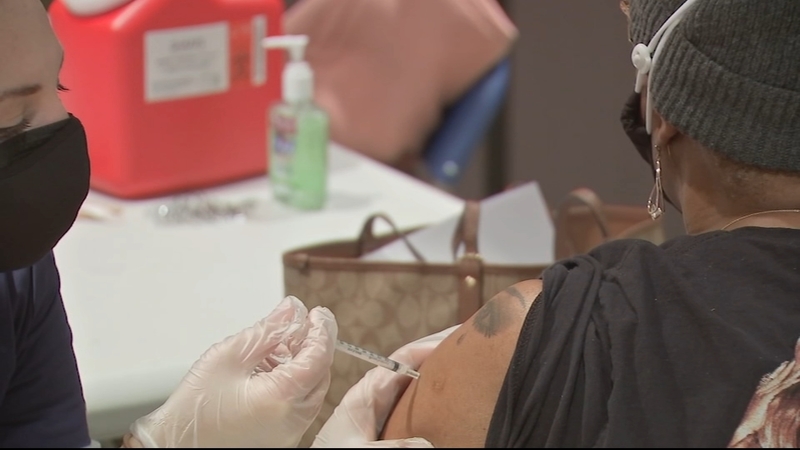 EXTON, Pennsylvania (WPVI) -- On Tuesday, the Pennsylvania Department of Health launched the "Your Turn" vaccine eligibility tool, which is aimed at helping people understand where they stand in the vaccine priority line. However, some Pennsylvanians claim the problem is not being able to find a vaccine.

"First I tried the number that they give you. It rang and rang and rang," said Gigi Lewis, of West Oak Lane. "It answered and then it clicked off. Then I said, 'Ok, we'll go online.' (I) went online filled out the form and I was told I would be on the waiting list, someone would get back to me. Never heard from anyone, it's been a month."

Thousands of Pennsylvanians have joined a Facebook group called PA COVID Vaccine Match Maker, where members share advice on how to get phase 1A individuals vaccinated.

Exton Internal Medicine Doctor Christine Meyer created the Facebook group and said her office has received thousands of emails and hundreds of phone calls from people pleading to get the vaccine.

"There is a treatment. What they are asking for exists, and it's amazing, and it's life-saving, and it's being produced and in areas outside of ours, it's not this hard," she said.

Meyer said the members help one another find vaccine appointments and share information such as when pharmacies have appointment openings.

"It's a crowdsourcing zone where people are just posting their tips and tricks for success," said Meyer.