Mourners gather outside Morrisville apartment where five were killed 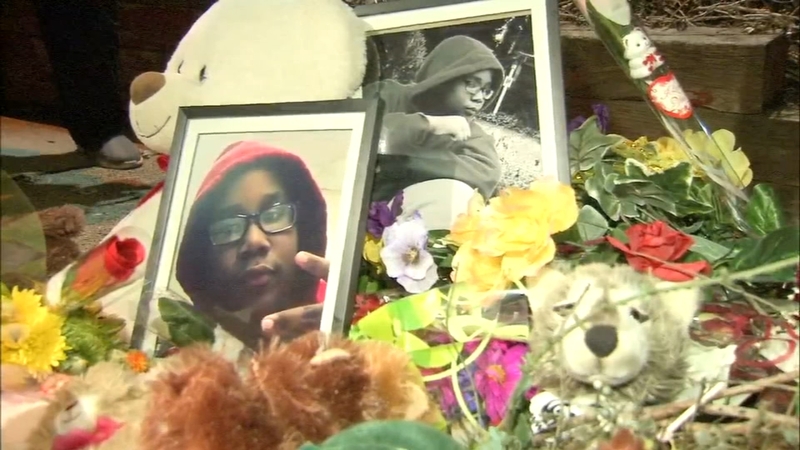 Mourners gather at Morrisville apartment where 5 were killed

MORRISVILLE, Pa. (WPVI) -- A Bucks County community gathered for the second night in a row to remember the five family members murdered inside a Morrisville apartment.

Mourners, many of them Morrisville High School classmates of 13-year-old Damon Decree Jr., braved the chilly night to comfort each other and pay their respects for someone they loved.

"He was a very kind person, we all loved him very much, never gave anyone any problems," said Morrisville High student Miguel Guzman-Villines.

Classmates said Damon always seemed happy and wanted to make people laugh, at least until just before his mother pulled him out of school in January.

"A week before he left, it was just like, he wouldn't talk to us as much and he seemed a lot sadder," said classmate Bridgette Williams.

Next-door neighbor Nicole Evans said Damon's mother, murder suspect Shana Decree, was a strong Christian woman and that they used to pray together.

"We talked about the Lord, we talked about Christianity," said Evans. "About like 8 or 9 months ago, that's when I noticed the change. It was just like things wasn't the same."

They became distant and Evans said she knew something was wrong when the family's car didn't move all last week and the trash outside of their door piled up.

"I was afraid to knock on the door because of the feeling that I had," she said.

Evans said she never imagined that Shana Decree and her daughter, 19-year-old Dominique Decree, would be charged with the killing of their five family members.

"I just pray that she repents and her soul goes to heaven, that's all I could say," said Evans.

Authorities are looking through seized electronic devices and documents that could shed clues on a motive.

The medical examiner is still trying to determine the cause and manner of death of all five victims.