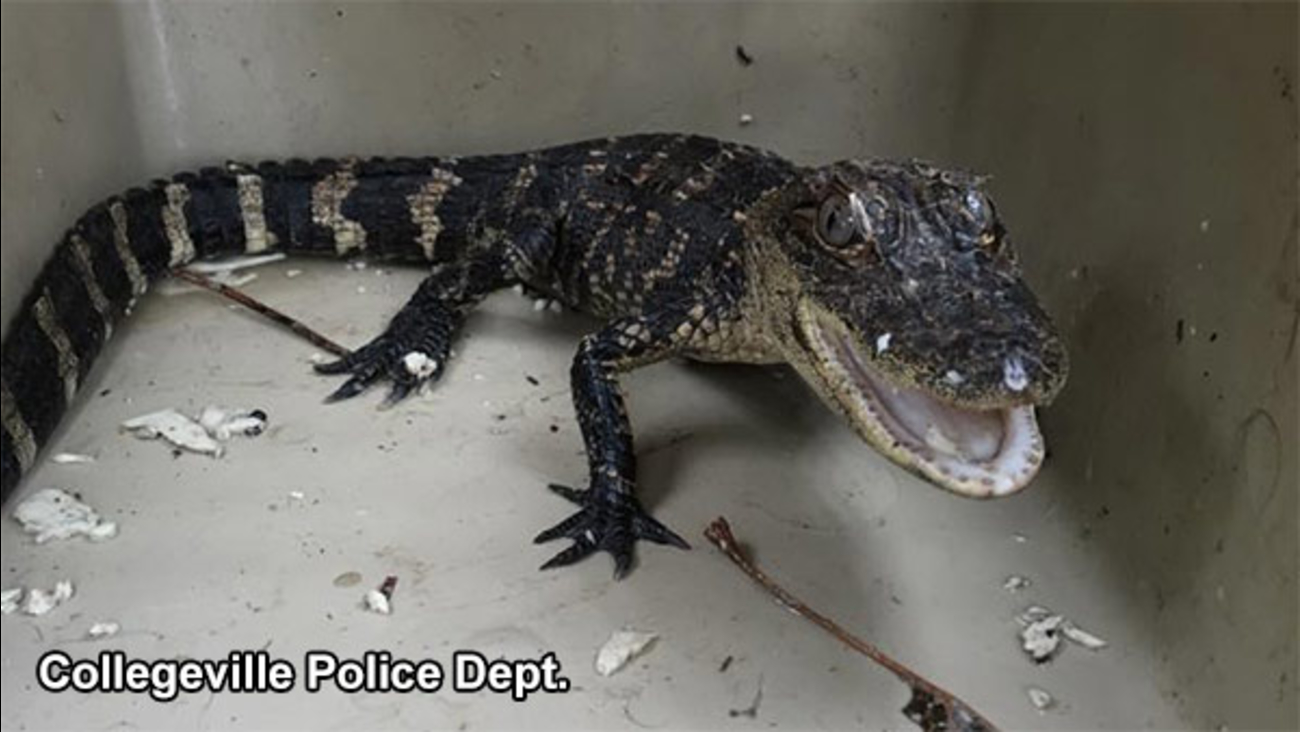 COLLEGEVILLE, Pa. (WPVI) -- Police say they were called to corral an alligator that was seen wandering Collegeville, Pa. street.

Collegeville Police Officer Matt Cubbler had just come on duty when he was called to the scene around 8:45 a.m. Thursday.

By the time he arrived, a resident had snagged the alligator with a lacrosse stick and placed it in a small dog crate.

Cubbler says the alligator was up to 2 feet long and was turned over to animal control, which contacted a reptile specialist.