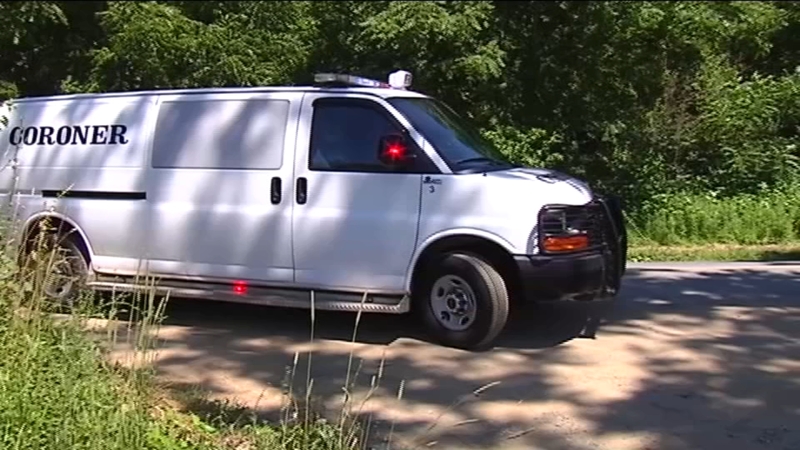 Man fleeing from officers in Pa. killed by bulldozer

BERNVILLE, Pa. -- State police went grossly overboard in their pursuit of a marijuana suspect whose body was found under a bulldozer that authorities used to search for him in thick brush, a pot advocacy group said Thursday.

Officials with the National Organization for the Reform of Marijuana Laws blasted state police for calling in a helicopter and commandeering a Pennsylvania Game Commission bulldozer as they tracked Gregory Longenecker, 51, who'd fled law enforcement on state game lands about 10 miles from his hometown of Reading.

Police said they found 10 marijuana plants at the scene.

"We simply cannot understand how a man is dead over an investigation involving 10 cannabis plants," said Patrick Nightingale, executive director of NORML's Pittsburgh chapter and a former Allegheny County prosecutor. "The whole investigation was ridiculous. I've seen law enforcement take down major heroin traffickers that haven't engaged in this level of aggression."

A state police internal investigation is underway. The unidentified trooper who rode the bulldozer has been placed on administrative duty pending the outcome, said a state police spokesman, Cpl. Adam Reed, who declined further comment.

The chase developed Monday morning after a game commission worker who had been clearing brush spotted a parked car he thought looked suspicious and called local police, who, in turn, contacted state police.

One suspect was arrested by the Bernville police chief, but Longenecker eluded capture.

A state police helicopter spotted him in the underbrush, and the game commission worker, with a trooper aboard, used the bulldozer to blaze a trail in pursuit. The chopper lost sight of him, and the trooper told the worker to stop the machine, according to a state police account. That's when they spotted his body.

"That is so thick up there, there is no way that you could see someone lying in there," Trooper David Beohm, a state police spokesman, told reporters shortly after the chase.

Autopsy results were pending. It remained unclear Thursday whether Longenecker was killed by the bulldozer or died shortly beforehand of some other cause.

The marijuana advocacy group questioned the need to pursue Longenecker in the first place, given the relatively small quantity of marijuana involved and the fact that authorities had the other man under arrest. NORML said it was outrageous for state police to use a bulldozer in an area where Longenecker had fled.

The second suspect, David B. Light, 55, of Sinking Spring, was charged with drug offenses. Light's attorney, who has also previously represented Longenecker, did not immediately return a phone message. It wasn't clear whether Longenecker's family has hired a lawyer.

Jeff Riedy, executive director of the Lehigh Valley chapter of NORML, said the marijuana plants likely had a street value of under $5,000.

"I doubt they were even planning to sell this on the street. If you're a consumer of marijuana, 10 plants is nothing," he said. "Ten plants isn't even going to get you through the year."