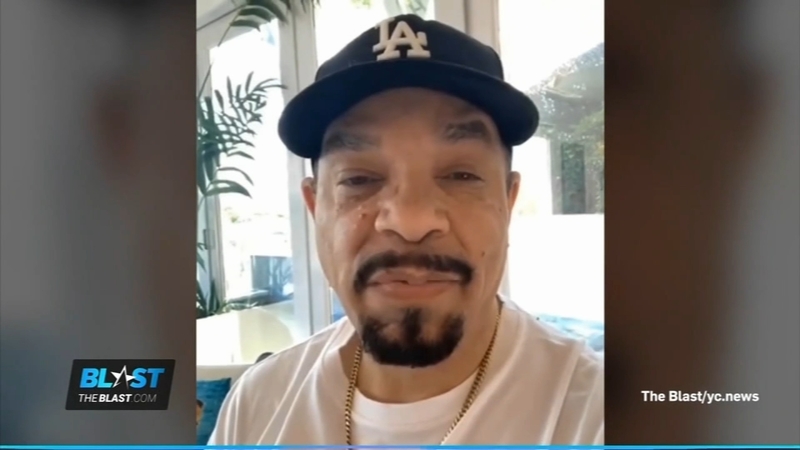 Rapper and actor Ice-T is calling on the Delaware County District Attorney to reconsider the case against Leroy Evans.

Evans was sentenced to life in prison for the murder of Emily Leo in Chester in 1980. For the last 39 years, he has professed his innocence. His mother, Alice, stands by him.

"Regardless of how long he's been in there, we will never give up on him. Because we know the kind of person he is," said Evans.

On November 11, 1980, Emily Leo was lured to a home under the guise that she would be selling some of her Avon beauty products. Instead, she was bludgeoned and strangled with a clothing line.

She was dumped in a lot a few blocks away and died a week later. Soon after, police arrested Anthony Jones who confessed and implicated Leroy Evans.

During the trial, Evans admitted to burning evidence. He was asked to get rid of a bag of clothing belonging to Jones. Evans never admitted to hurting Leo.

In 2016, Anthony Jones recanted his story that Evans worked with him during the murder. He invoked his the 5th Amendment rights in court proceedings.

Now the fight is on to use DNA testing to prove or disprove Evans' innocence. The motion was denied in Delaware County Court. It now moves to State Superior Court.

"It would have taken a relatively short time to test it. If Leroy's DNA is on anything then we're done," says Michael Malloy, Evans' Lawyer.

Emily Leo's family argues the absence of Evans' DNA would not be enough to exonerate him. Arguing evidence collection in the 1980s was not up to today's standards.

"We just didn't know enough about DNA to handle it properly, the way we stored it, the things we tried to do to it. Just because his DNA is not on the clothesline does not mean he's not responsible for the murder," said Kaisner.

"The Delaware County Court of Common Pleas has ruled that any results from DNA testing of the 39-year-old evidence would be inconclusive and not prove the defendant's innocence. The evidence was collected before DNA analysis existed and stored in conditions that would have resulted in the degradation of any DNA that may or may not have been present. The calls by candidates and celebrities for DNA testing are acts of self-promotion that show an ignorance of the limits of DNA testing and the law. Evans received a fair trial, the jury properly convicted him of a brutal murder, and the court properly determined that there is no basis for conducting DNA testing."
Report a correction or typo
Related topics:
pennsylvania newsmurderdna
Copyright © 2021 WPVI-TV. All Rights Reserved.
TOP STORIES
Multiple Philly shootings leave 3 dead, 4 hurt, including teen
Alec Baldwin fired shot on movie set that killed woman: Sheriff
Lawsuit: FedEx reselling trucks and not disclosing true mileage
Racial disparities in air pollution plague tri-state metro area
Simmons to meet with 76ers brass before home opener: ESPN
'Dream come true:' 22 students receive Temple's new scholarship
Upper Dublin Township holds tornado relief carnival
Show More
Remains found in Florida park ID'd as Brian Laundrie, FBI says
Lego recreates the house from 'Home Alone'
76ers 'stupid' for suspending Simmons for only 1 game, Barkley says
Longtime Philadelphia police officer facing child porn charges
Amazon delivery driver goes on wild ride with carjacking suspect
More TOP STORIES News