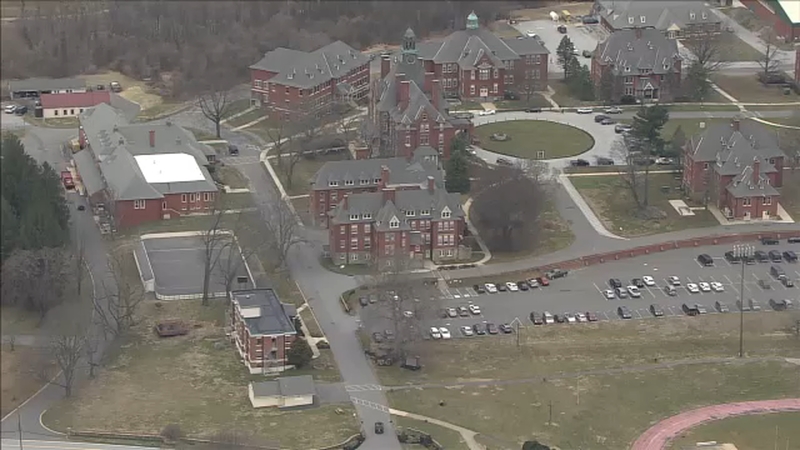 THORNBURY TWP., Pa. -- The nation's oldest reform school had its licenses revoked Monday amid an investigation into allegations of child abuse at the suburban Philadelphia campus, and a spokeswoman said the school will appeal.

The decision follows an investigation published this year by The Philadelphia Inquirer that detailed decades of alleged abuse and cover-ups at the 193-year-old Glen Mills Schools.

The Department of Human Services announced that all 14 licenses issued to Glen Mills were revoked "following documented instances of abuse against former students of the residential school." The department also cited "gross incompetence, negligence and misconduct in operating the facility."

The school will appeal, she said.

"In the past 18 months alone, Glen Mills Schools has been formally visited, inspected and reviewed more than 150 times by different outside entities, including numerous states and counties," she wrote. "The issues PA DHS inspectors discovered were trivial and they found no signs of long-standing physical abuse, per their own documentation. We are stunned that PA DHS is taking this action based on media reports as opposed to looking at the results of their own inspections."

The school has 10 days to appeal the license revocation.

The Inquirer investigation published in February described a culture of physical abuse at the school and alleged that school leaders turned a blind eye to beatings and failed to vet or train counselors.

The allegations included severe beatings for students who made minor infractions, a staffer breaking a boy's jaw after the student made a joke about his sister, and other boys getting choked for running away. Broken bones, serious bruises and threats warning students not to talk were detailed.

In the past five years, at least 13 staffers at Glen Mills have been fired and dozens more have been retrained or reprimanded over assaults on 15 students at the school, the newspaper reported.

Glen Mills last week announced layoffs of about 250 staff members following the state's order that remaining students be removed from the Delaware County campus about 25 miles (40 kilometers) west of Philadelphia.

Glen Mills, established in 1826 as the Philadelphia House of Refuge, has previously said it had "zero-tolerance for violent behaviors against students." The school noted that it is regulated and licensed each year, and that staff deal with extremely challenging young people and are trained in handling potentially violent behaviors.

Set amid the rolling hills of Delaware County, it looks more like a prestigious prep school than a facility for juvenile delinquents. Boys wind up in the facility in two ways: because they are in the criminal justice system in some capacity or are dependents like foster kids the state hasn't been able to place.

Students have come from Pennsylvania and many other states. Some came from as far as Germany, Switzerland, Austria and Bermuda. Its top-tier athletic program has yielded NFL recruits.