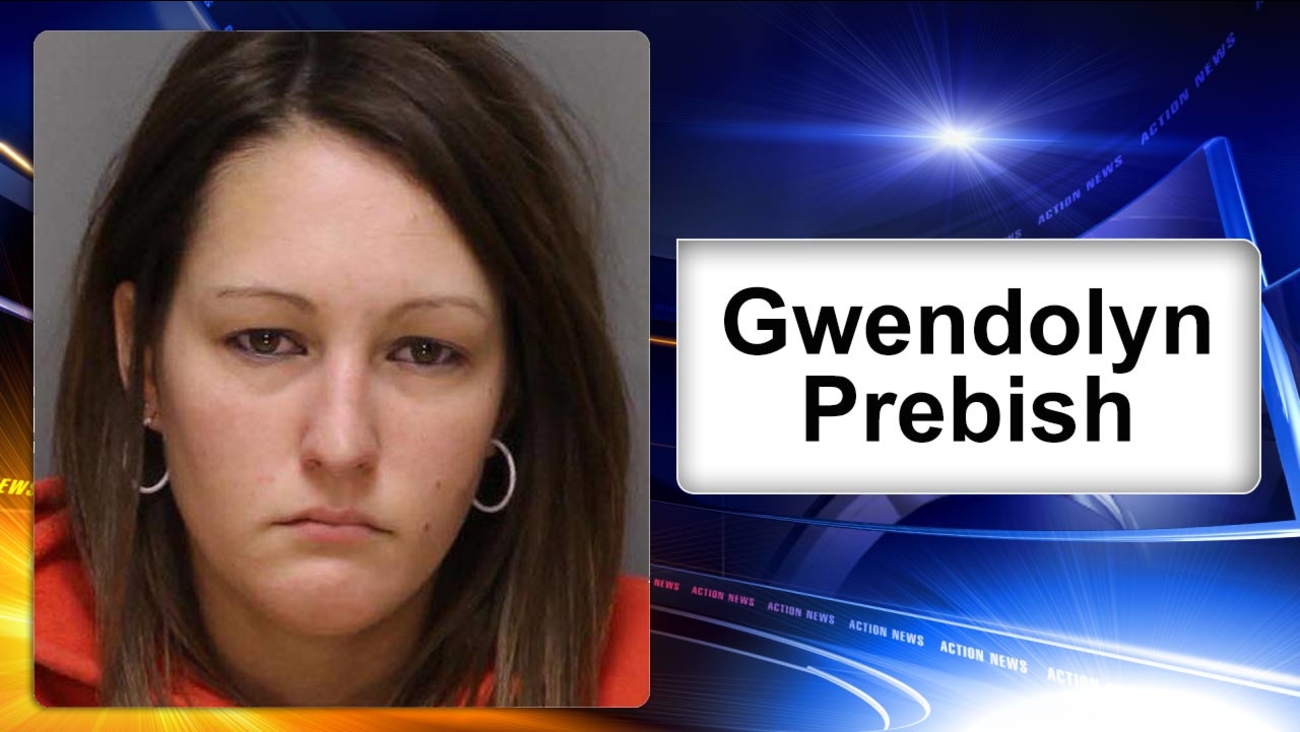 HATBORO, Pa. (WPVI) -- A Montgomery County woman has been charged with allegedly selling drugs to a man who later overdosed and died.

Gwendolyn Marie Prebish, 27, of Hatboro was arrested on the homicide charge of drug delivery resulting in death, and involuntary manslaughter.

The charges stem from the Nov. 6 death of Michael Pastorino, 32, of Willow Grove.

She allegedly said she would deliver four bags of heroin to his home.

However, according to the Montgomery County District Attorney's Office, Prebish didn't deliver heroin, but fentanyl. Investigators say it is a drug that is 40 to 50 times more deadly than street-level heroin.

"Too many people are dying, and it's because of this heroin and fentanyl epidemic. Addicts do not know that what they are injecting is the much more powerful fentanyl since it looks practically identical to heroin," said D.A. Kevin Steele in a statement. "But when it hits their system, the fentanyl shuts down their body, and they die."

Prebish was arraigned on Thursday, and is being held on $1 million bail.