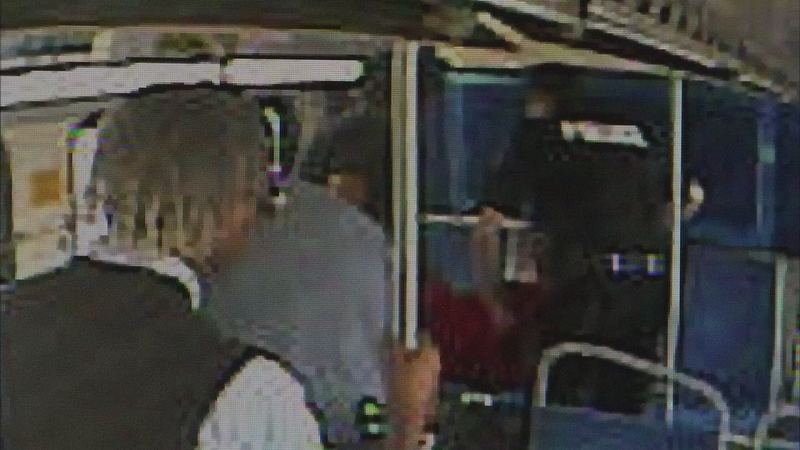 COLLINGDALE, Pa. (WPVI) -- Several law enforcement officers in Delaware County took quick action to save the life of an unconscious SEPTA rider who overdosed on camera.

Mario Gonzales was disoriented from an apparent opioid overdose when he was assisted off the bus by several officers including Collingdale Patrolman Donald Beese.

The 40-year-old man was seen comatose by SEPTA cameras just minutes earlier in the backseat of the bus.

"You can't tell from the video if he was unconscious or if he was slumped over doing drugs, but he was definitely down," Collingdale Police Chief Bob Adams said. "You see a couple different people on the bus trying to wake him up and see what's going on."

Gonzales was believed to have caught the Route 113 from Chester and was heading into West Philadelphia. A couple stops later, his bus ride was cut short.

Police and paramedics were suddenly on board trying to revive him.

"He was found to have some drugs on him. He had a cigarette box and there were some drugs in there," Officer Heather Myers said.

Gonzales admitted to officers he had just smoked a joint prior to passing out on the bus, but officials say his unresponsiveness proved only to be signs of a more powerful drug overdose.