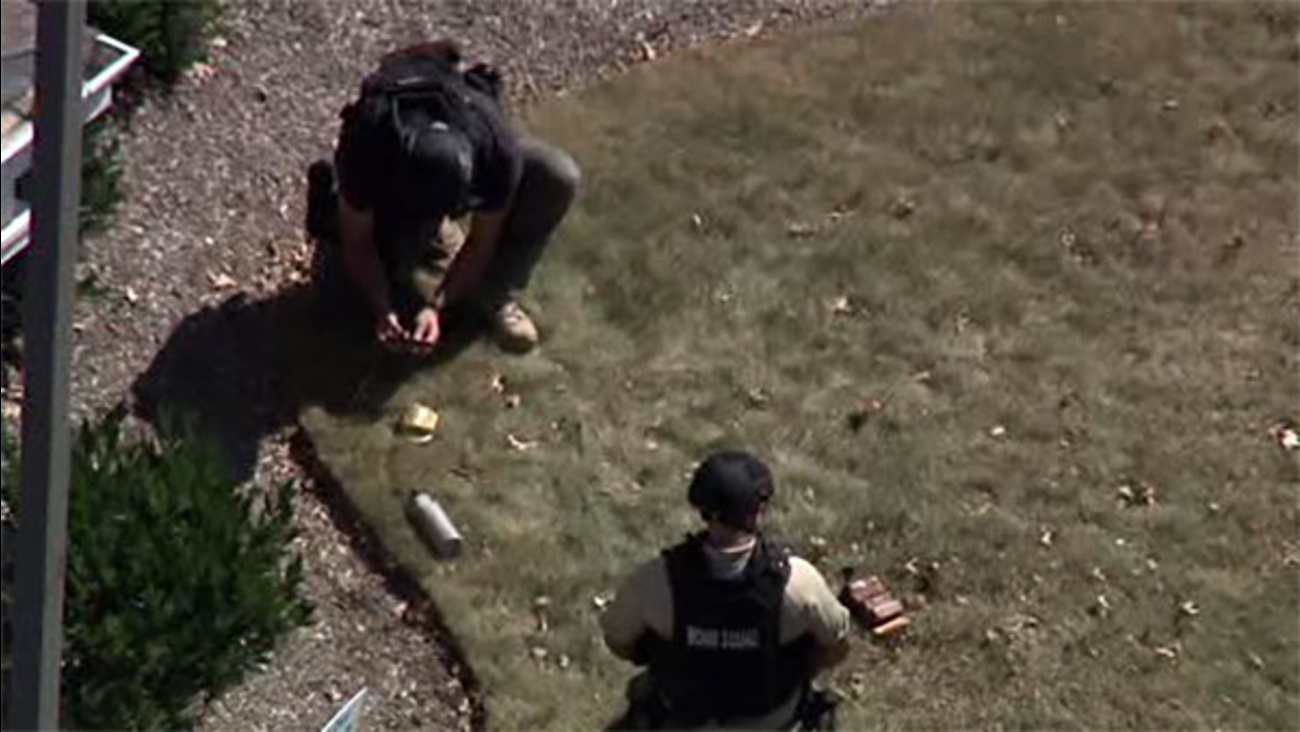 FRANCONIA TWP., Pa. (WPVI) -- Police say there is no danger from the suspicious devices outside a police station in Montgomery County.