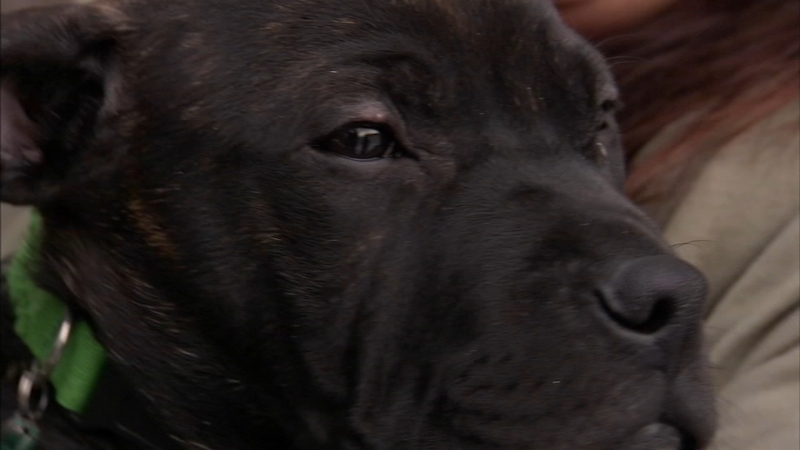 "The areas that we go to in the mid-south are very low-income, they have limited funding," says Hemlock Edge Rescue Owner Christina Tornetta.

The heart of Hemlock is the company van used to transport animals up north.

"That van can hold almost 50 dogs in it," says Tornetta.

Last month, they were in Miami working with Island Dog Rescue to save pooches pulled from storm-ravaged islands in the Caribbean.

"We drive all the way down there and meet them, and bring them all the way back up the coast and stop at other rescue groups to take them," Tornetta says.

After Hurricane Harvey, Hemlock was in Houston where they rescued almost 40 animals.

"We worked alongside animal control and went to shelters that were in desperate need to unload to make room for the displaced dogs," says Tornetta.

They're now planning another trip to Miami.

"We're going to go down again and bring as many over from the island as we can fit," Tornetta says.

They pulled Momma Patty Melts and her litter of puppies from a high kill shelter in Memphis.

"She was completely emaciated with about five-day-old pups in the shelter," says Tornetta.

She's now recovered and is the full Pit Bull package.

"Very very pretty girl, ready to please. Anyone who is a Pit Bull lover, all about the breed, respects the breed, will love to have her," Tornetta says.

All of Patty's babies have since been adopted.

"We were looking for another Pit Bull mix hopefully a puppy, and we worked with Hemlock Edge Rescue to find just the right match," says Jessica Jansen of Lancaster County.

And Temple is a two-year-old Pit Bull who was found abandoned and emaciated in an apartment. She is doing much better now, loves to snuggle and would do well in a more mature home.