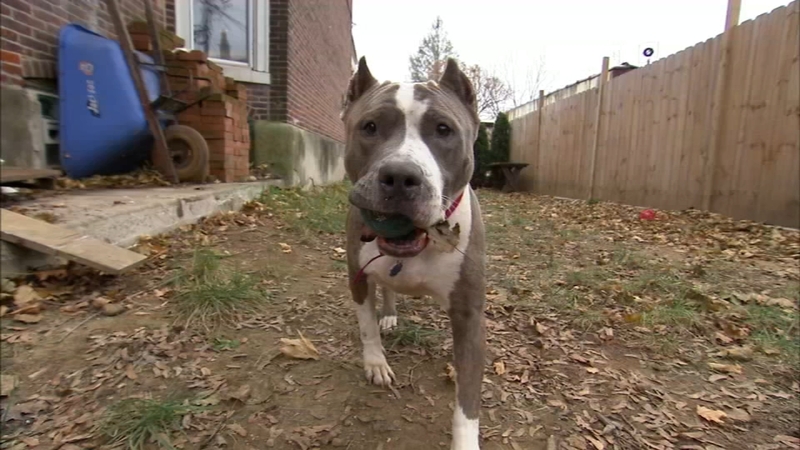 PHILADELPHIA (WPVI) -- The Philadelphia Bully Crew is a non-profit rescue organization that focuses on pit bulls.

"These are dogs that everyone thought were mean or should be discarded, it's very obvious they just want to be loved," says Philadelphia Bully Crew's Marvin Graff.

The newly formed group is an off-shoot of the New York Bully Crew.

"The majority of the ones we get are neglected dogs, in bad neighborhoods trapped in yards for months and months on end without food and water," Marvin says.

One of their main goals is to educate the public about pit bulls.

"Generally speaking, most pit bulls are not vicious, they are just scared," says Marvin.

With the help of the crew, Uncle Neil underwent an amazing transformation.

"We got a call on social media that there was a dog running around North Philly, definitely really scared and skinny," says Philadelphia Bully Crew's Jessica Graff.

He's an all around great family dog and is looking for his forever home.

Fiona was surrendered to ACCT Philly.

"She was about 20 minutes from being euthanized," says Marvin.

She now has a second leash on life.

Bruiser was kept outside without any food or water. With a little love, you can see him transforming right before your eyes.

And then there's Spruce, who was scheduled to be euthanized until the Philadelphia Bull Crew saved him. Spruce is just six-months-old, is super cuddly and loves cats.