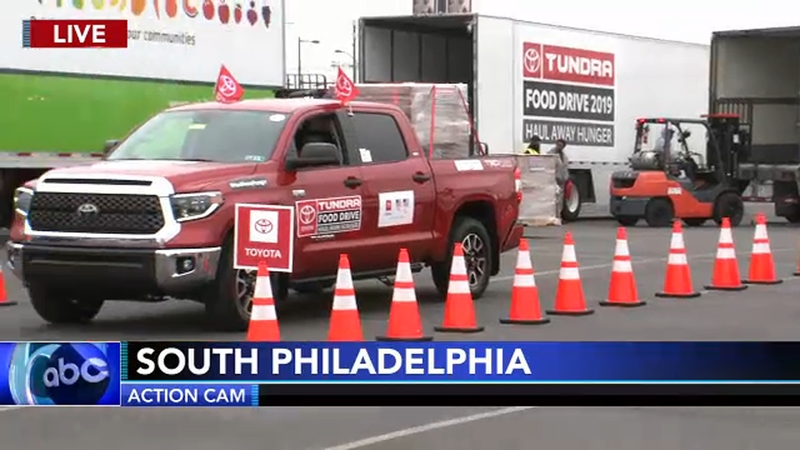 Donations came flooding in for families in need Friday with a huge turnout, but the hunger crisis continues more than ever across the Delaware Valley.

Spanning more than six football fields, a caravan of pickup trucks hauled thousands of pounds of food into a parking lot next to Citizens Bank Park in South Philadelphia.

In its 13th year, the "Toyota Tundra Food Drive," moved forward with its largest turnout yet.

In total, 450,000 pounds of food were made available for Philabundance, the largest hunger relief organization in the Delaware Valley.

"People think that we're the busiest during Thanksgiving and Christmas giving out food - we're busy all 52 weeks out of the year," said Glenn Bergman, Executive Director of Philabundance.

The food will help families for about a week.

The hunger crisis is affecting more than just the homeless.

"One in five people in Philadelphia suffer from hunger. It is the working poor of our community who can't make ends meet," Bergman said.

Dozens of local businesses, including 6abc, donated money to the effort led by Toyota.

Part of the goal was reaching those who may not appear to need assistance.

"They don't talk about it, they don't tell you about it, but when you think about somebody making a decision between putting food on the table for their children or heating their home, it's a decision in 2019 you shouldn't have to make," said Paul Muller, President Trish-state Toyota Dealer's Association.