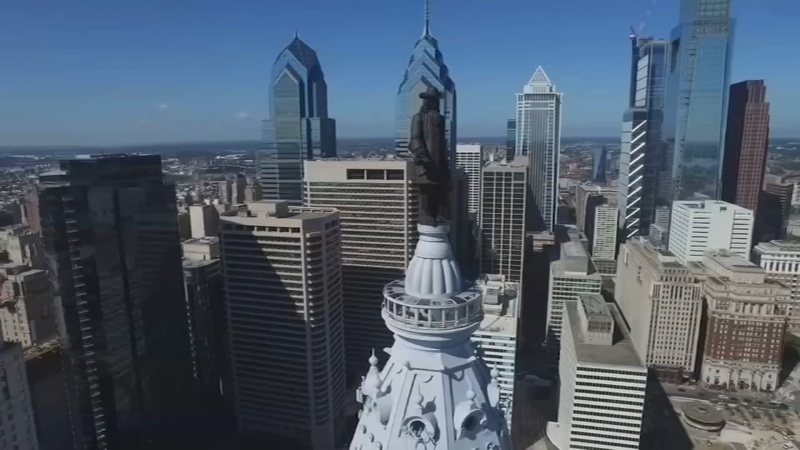 $30 million of the new funding will go toward 911 triage, mental health co-responders and jobs programs.

$49 million will fund healing and prevention safe havens, along with out-of-school and summer programs for youth.

About $7.1 million will be directed to further jobs training workforce led by the Commerce Department.

"I think it's exactly what we need. I think it solves the problem as opposed to putting the Band-Aid on the symptoms," said Jennifer David of Center City.

"I'm glad to see the city is trying to do something that cuts the problem at its root," said Benny Seltzer of Brewerytown.

One of the nonprofits that councilmembers specifically named to likely benefit from this budget was the Nomo Foundation, which is located on North Broad Street.

"A lot of the hurt that we have in Philadelphia -- it's financial," said CEO Rickey Duncan.

He says his life was changed by a mentor and now he's giving it back. He said it's proof this needs strategy will work.

"Instead of giving them arrest records we need to give them entrepreneurship, get them a credit history," said Duncan.

Final passage of the budget is scheduled for June 24. The city has to pass a budget by June 30.

Read some of the budget agreements released by City Council Thursday night:

The budget approved today invests more than $155 million in gun violence prevention programs and opportunity and jobs initiatives - strategies to curb a wave of gun violence that has Philadelphia on a pace to set records in homicides and shootings this year. The city experienced 499 homicides and over 2,400 shootings last year.

Highlights of the added funding and ongoing violence prevention efforts include:

The budget agreement supports financing for the Neighborhood Preservation Initiative (NPI), a $400 Million citywide program approved by Council to preserve neighborhoods across Philadelphia. NPI will:

The budget agreement continues investments in Council's Poverty Action Plan, an ambitious, long-term strategy to address Philadelphia's deep-rooted problem that includes a quarter of the city's population living in poverty. The plan includes:

A citywide process led by Councilmembers Katherine Gilmore Richardson and Isaiah Thomas explored the impact of the COVID-19 pandemic on artists and arts and culture organizations in Philadelphia, and led to recommendations by a special committee to invest more strategically in artists and arts groups - with a focus on neighborhoods.

City Council consistently supports the needs of the School District of Philadelphia and the several hundred thousand children in city and charter schools. Council has continued to support schools this past year by:

Throughout 2020 and into 2021, Council has heard the pleas from Philadelphians for necessary reforms in policing. This budget agreement includes:
Residency requirement for new police recruits