PHILADELPHIA (WPVI) -- A jetliner bound for Philadelphia had to make an emergency landing in North Carolina after a mysterious odor filled the cabin.

The passengers of Frontier Airlines Flight 1674 finally landed at Philadelphia International Airport around 5 a.m. Thursday; the plane was originally scheduled to land at 8 p.m. Wednesday.

These passengers were supposed to land in Philly last night at 8. They landed at 5am after a mysterious odor forced them to make an emergency landing in North Carolina. pic.twitter.com/mHxQFswYvt

The plane, which took off from Orlando, had to be diverted to Raleigh-Durham with 230 passengers and seven crew members aboard.

Sean Farhy of Bryn Mawr posted pictures on social media of a firefighter on board the plane. 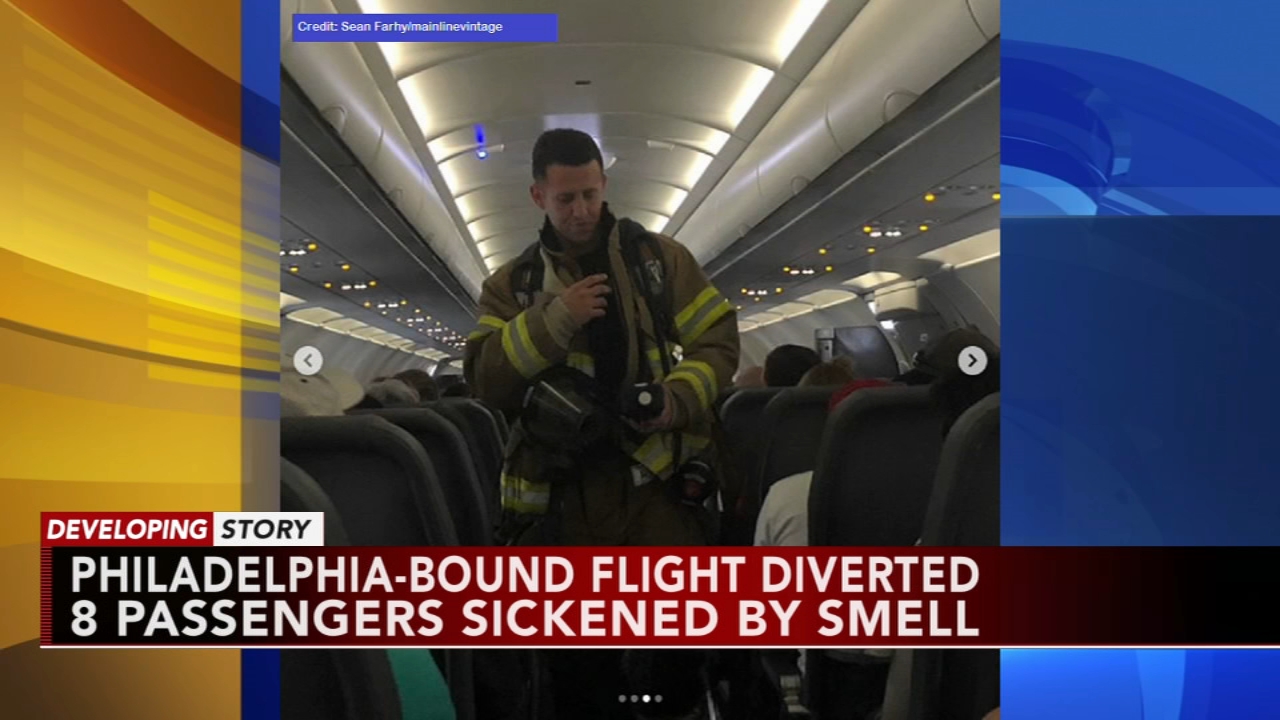 Passenger Scott Springmann of Milford, N.J. said, "Firefighters came on the plane, checked it with their Draeger meters, there were no noxious fumes, no hazardous fumes."

Eight people, including a flight attendant, complained of feeling sick from the smell, according to a Frontier Airlines spokesperson. Three of them were taken to a local hospital to be checked out.

"I was having an anxiety attack. One of the EMTs had to take care of me. My blood pressure was really high, and my heart rate, because I didn't know what was going on," Andreina Fernandez of Hazelton, Pa. said.

The plane taxied to the gate at Raleigh-Durham International Airport under its own power, said an RDU spokesman.

Frontier sent another plane to pick up the passengers and continue the flight to Philadelphia Thursday morning.

"They gave us food vouchers which was nice, but it was still hectic," Ariel Valdez of Hazelton, Pa. said.

There is no word yet on what caused the odor.

Frontier Airlines flight diverted because of unknown odor in cabin as reported during Action News at 10 on August 15, 2018.