WPVI
PHILADELPHIA (WPVI) -- The bishop of Cleveland will become the new leader of the Archdiocese of Philadelphia, the Vatican announced Thursday, making him the first Hispanic archbishop to lead the region's 1.3 million-member flock.

Nelson Perez, who spent most of his early pastoral career in the Philadelphia area, was introduced Thursday in a news conference at the archdiocese's Philadelphia headquarters. He will succeed Archbishop Charles Chaput, a conservative culture warrior who is stepping down after turning 75 last year, the traditional retirement age for Catholic bishops.

Chaput welcomed Perez to his new post, which he will assume Feb. 18. He called his successor "a man who already knows and loves the church in Philadelphia."

Perez shared his enthusiasm for the city, saying "it's awesome to be back in Philadelphia with people who are faith-filled, who love the Lord, love the church." Perez also praised Chaput's tenure in the diocese, saying he faced challenges in Philadelphia with "great courage and steadfastness."

Perez will be the 10th Archbishop of Philadelphia. 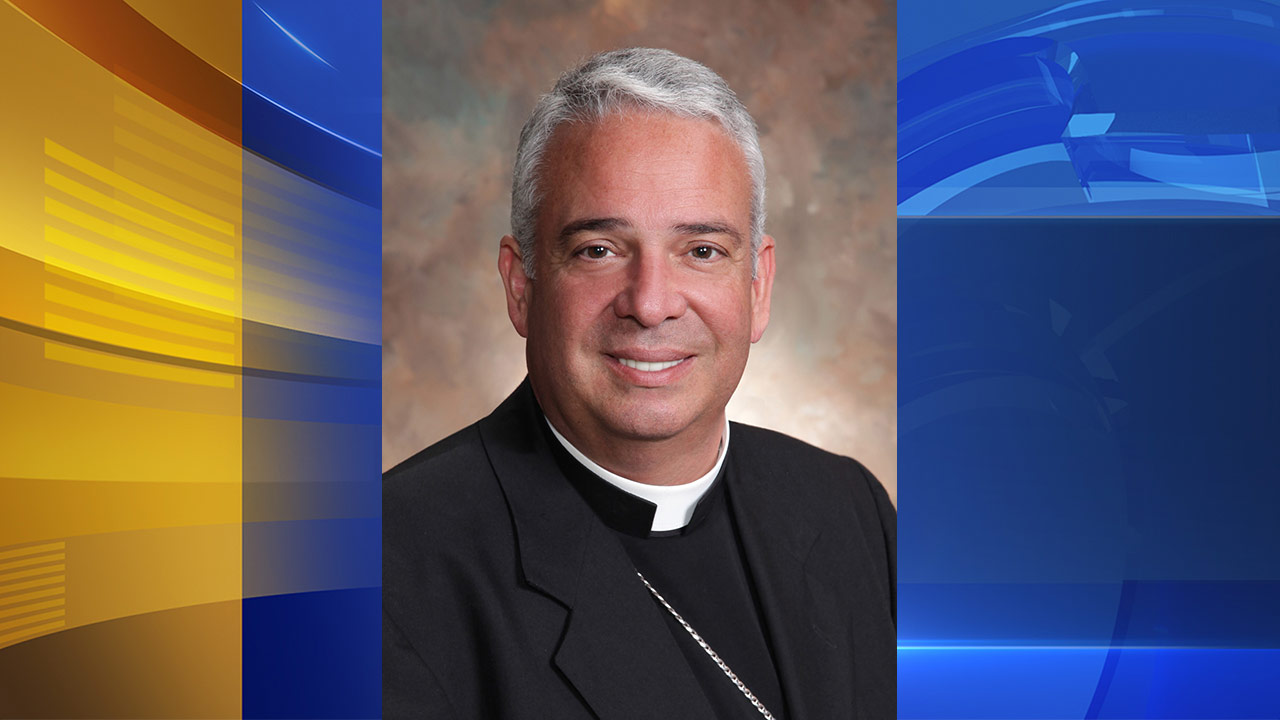 Pope Francis has named Nelson J. Perez as the 14th Bishop and 10th Archbishop of Philadelphia.

"I am deeply grateful to the @Pontifex for appointing me as the next archbishop of @ArchPhilly. It is with great joy tinged with a sense of sadness that I accept the appointment - joy that I will be returning to serve @ArchPhilly, sadness in that I will be leaving @DioceseofCLE."

I am deeply grateful to the @Pontifex for appointing me as the next archbishop of @ArchPhilly. It is with great joy tinged with a sense of sadness that I accept the appointment - joy that I will be returning to serve @ArchPhilly, sadness in that I will be leaving @DioceseofCLE.

"I will never forget the kindness and hospitality of the people of the @DioceseofCle. They will remain in my heart and prayers always."

I will never forget the kindness and hospitality of the people of the @DioceseofCle. They will remain in my heart and prayers always.

Perez, 58, is currently the Bishop of Cleveland.

He is the son of Cuban exiles. He was born in Florida and raised in West New York, New Jersey.

Perez is no stranger to Philadelphia.

He was ordained in Philadelphia in 1989, and his first assignment was as curate of St. Ambrose Parish in North Philadelphia.

He also served as Pastor of Saint William Parish in Philadelphia from 2002 to 2009 and Pastor of Saint Agnes Parish, West Chester from 2009 to 2012 before being named as an auxiliary bishop in Rockville Centre, New York and then bishop of Cleveland in 2017.

On Thursday, Perez also addressed church sex abuse victims, telling them "I, and we, continue to pray for your healing and support and hold you deep within our hearts - those who have been hurt. It should have never happened, and we are sorry."

Perez has had to deal with that issue while in Cleveland. The diocese last year made public a list of 22 previously unidentified priests and other clergy it said had been credibly accused of sexually abusing minors. Perez said in a letter announcing the release of the names that a committee assembled by the diocese determined that the accusations against the clerics were "more likely than not to be true."

Chaput, for his part, faced a difficult task trying to restore credibility in the Philadelphia hierarchy following revelations of clergy sexual abuse and cover-up by his predecessors that were revealed in 2005 and 2011 grand jury investigations.

Appointed in 2011, Chaput was very much in favor under conservative Pope John Paul II and Pope Benedict XVI, named to participate in important Vatican missions even while being denied the cardinal's red hat that his predecessors enjoyed.

Chaput, a member of the Cappuchin order, has denied he is a critic of Pope Francis, and he hosted the Argentine pope when he visited Philadelphia in 2015 for a big family rally. The visit, including a Mass that drew a reported 1 million people, gave Francis a much more positive impression of the U.S. than he had going into the trip.

But the two clashed. After Francis opened the door to letting divorced and civilly remarried Catholics receive Communion in 2016, Chaput closed the door in Philadelphia by saying they must abstain from sex if they want the sacrament.

Chaput was also one several U.S. bishops who praised the integrity of leading Francis critic, Archbishop Carlo Maria Vigano. The former Vatican ambassador to the U.S. in 2018 called for Francis to resign for allegedly rehabilitating ex-Cardinal Theodore McCarrick, alleging he was part of a two-decade conspiracy of cover-up.

In his letter, Vigano implied Francis opposed Chaput's conservativism, quoting the pope as telling him in 2013 that U.S. bishops must not be ideologically driven, "they must not be right-wing like the archbishop of Philadelphia."

Francis has said he doesn't remember details of the 2013 meeting.

While Francis quickly accepted Chaput's resignation, this week he formally told another 75-year-old prelate to stay on indefinitely. Cardinal Christoph Schoenborn, the archbishop of Vienna, is a strong Francis supporter and helped draft the final document at the controversial Amazon Synod, where bishops called for married priests in the Amazon.

Perez said he learned he would be changing jobs again when he got a call Saturday while visiting his mother in Florida.