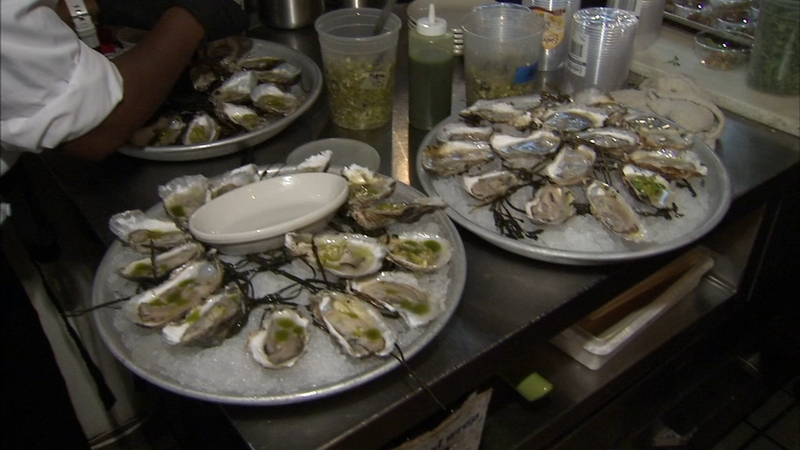 PHILADELPHIA (WPVI) -- Chefs Kurt Evans and Elijah Milligan were looking for a reason to get together in the kitchen again, and Monday night they did just that.

"Overall it's a very diverse scene," said Milligan. "But when it comes to media, when it comes to awards, there's not enough representation for African Americans, so we decided to create a platform to start that."

Inside the kitchen at South restaurant on North Broad Street, chefs shucked and sliced up the ten-course meal. The menu ranged from Italian to French to southern fare.

Both men, born and raised in Philadelphia, are taking their success in the culinary world and turning it around to help mentor aspiring chefs in the city.

"When we were growing up, we had chefs that were white counterpart chefs that helped us along the way, but there's nothing like being able to go back to your old neighborhood and say 'Hey- here's another profession you can do,'" said Evans.

The event sold out in 10 days. The proceeds from the $75 tickets will go toward culinary programs at local schools and other mentoring programs.

"We have some students on our radar. We want to hook them up with some really cool chef knives and custom chef jackets and stuff I didn't have in culinary school," said Milligan.

The event was in such high demand, there is already another Cooking for the Culture event scheduled for August 17.