Philadelphia Distance Run returns; first race in US to add non-binary division up to elite level 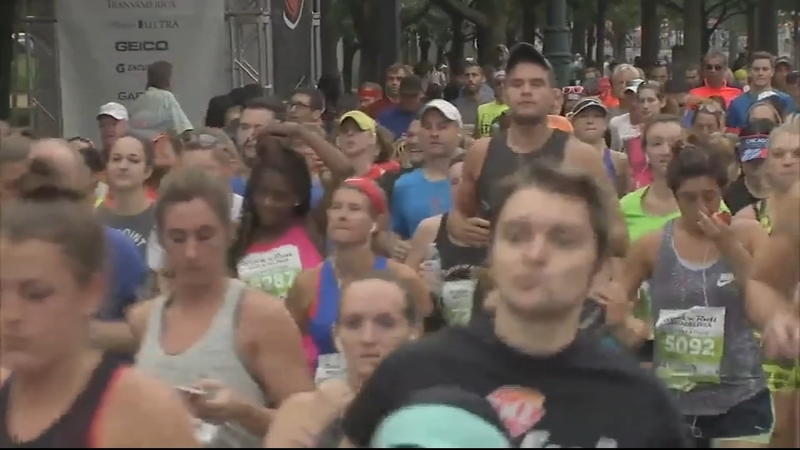 PHILADELPHIA (WPVI) -- For more than three decades, it was known as one of the premier road races in America that drew Olympic level competition, held right here in Philadelphia.

Runners know it as the PDR, short for Philadelphia Distance Run.

Historically, and to many, the "world's fastest half marathon."

And after more than a decade of it existing as the Rock 'n' Roll Philadelphia Half Marathon, the PDR is reinventing itself for its comeback in 2021.

Three local runner community leaders went to the PDR board of directors with a plan to bring the iconic race back.

But this time, they want to make it as inclusive as possible.

"Time has come, and it needed to be done," said Philadelphia Runner owner Ross Martinson.

According to organizers, the PDR will be the first road race in the country to establish a non-binary division up to the elite level of competition.

"The feedback has been entirely positive so far," Martinson said.

That also means equal prize money for all the divisions.

"It shouldn't just be narrowed on whether you're male or female," said Philadelphia running coach and personal trainer Jessica Wayashe.

Wayashe, who calls running a celebration of body, ability to move, and expression of self, celebrated the announcement.

"It's monumental and something that I hope a lot of other organizations and cities will adapt into the way they celebrate their runners," Wayashe said.

Organizers are hopeful the PDR is just that and more.

"We're looking at every angle of this race from an inclusivity standpoint, and making people feel included is so important to the character of the race," Kucer said.

Registration for the Philadelphia Distance Run is now open. The race is set to take place Sunday, September 19.