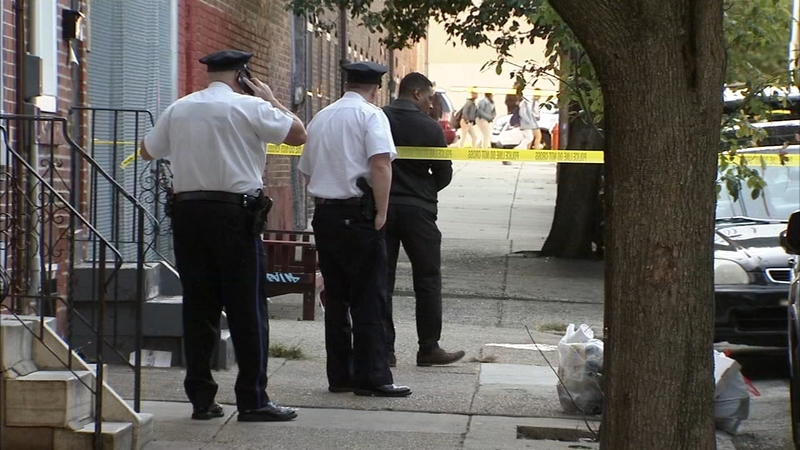 One man is listed in critical condition. The second victim was stable.

Three nearby schools were placed on lockdown as a precaution.

Yamilet Delgado lives on the street where it happened.

"I was sleeping, and I hear the gunshot," Delgado told Action News.

Two people shot on Wishart this AM. One stable, one critical. Nearby schools were placed on lockdown as a precaution. All lockdowns have been lifted. pic.twitter.com/v7Nx0zPaU9

She said her family knows to take cover when they hear shots.

"I live in a hood like this, so I know something bad is going to happen. So, I just always prepare. I tell my kids 'don't move from the room and wait until everything calms down'" Delgado explained.

The call came in around 7:15 a.m. for the shooting on the sidewalk on Wishart by Jasper.

When police arrived, the victims had been loaded into a car. The driver was not injured.

"This male was already in a private vehicle on his way to being transported. We gave him a police escort to the hospital. It was determined a second victim inside that vehicle was shot as well," according to Philadelphia Police Captain Bill Fisher.

The school lockdowns were all lifted around 8 a.m.