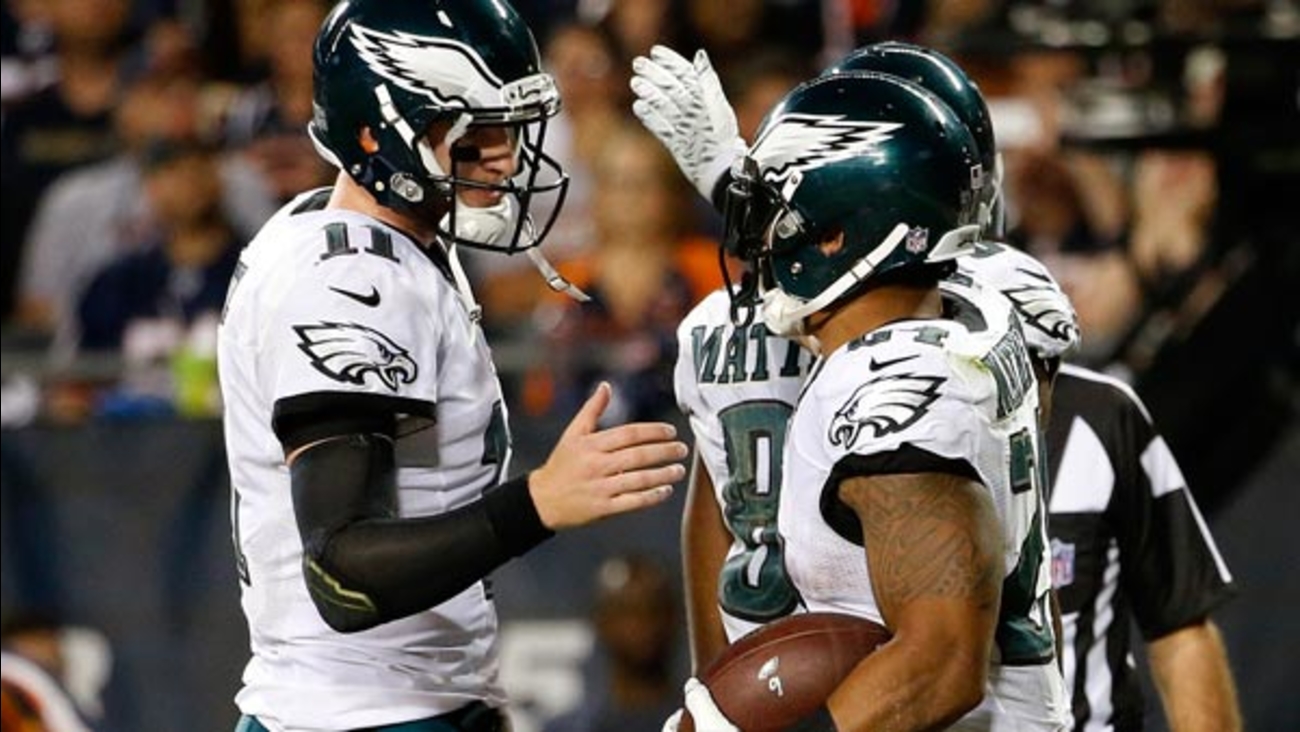 Bears: Linebacker Lamarr Houston left the game after injuring his left knee trying to rush the passer in the second quarter. He was tended to on the field by team medical personnel before walking gingerly toward the sideline. ... Nose tackle Eddie Goldman was taken from the field on a cart with an ankle injury early in the fourth quarter after he was at the bottom of the pile on a running play. ... Safety Adrian Amos and cornerback Bryce Callahan exited with concussions in the third quarter. ... Running back Ka'Deem Carey hurt his hamstring.
Related topics:
sportsaction news sportsphiladelphia eagles
Copyright © 2022 WPVI-TV. All Rights Reserved.
RELATED
Malcolm Jenkins, other Eagles hold up fists during anthem
TOP STORIES
3 teens injured in shooting near school in Tioga-Nicetown
Former Pa. AG sent to treatment after probation violation
DC attorney general sues Mark Zuckerberg over data breach
Father puts 1,000 miles on his car to find specialty formula
Philly musician pays tribute to Korean-American heritage
Arby's is selling a fast-food staple it's never offered before
'I fought': Trevor Reed describes his survival in a Russian prison
Show More
2 men stabbed at Philly train stations, including 30th Street Station
Johnny Depp, Amber Heard trial: Kate Moss expected to testify
Teen, officer and driver injured after police chase ends in crashes
Starbucks is leaving Russia for good
Mask mandate returns to School District of Philadelphia
More TOP STORIES News