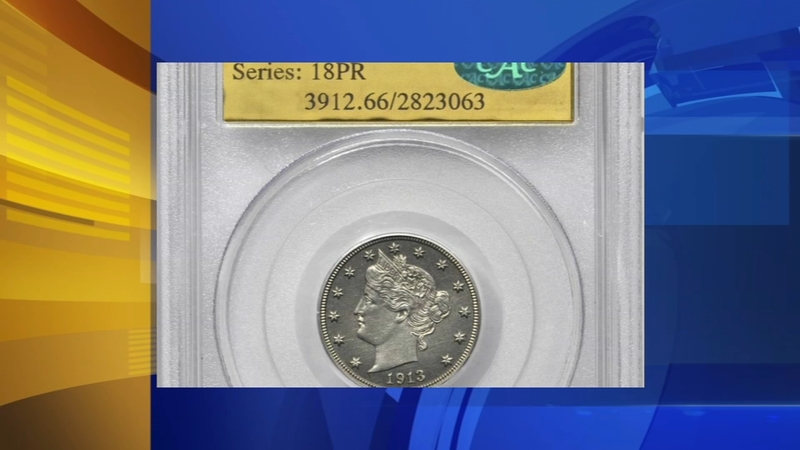 Rare nickel to be auctioned

PHILADELPHIA (WPVI) -- A rare nickel was up for auction in Philadelphia on Wednesday.

The nickel is one of only five that are known to have been produced at the Third Philadelphia Mint.

The mint is now part of Community College of Philadelphia's main campus.

The Stack's Bowers Galleries offered the coin for auction as part of the American Numismatic Association's World's Fair of Money. The fair is being held at the Pennsylvania Convention Center until August 18.

"This is truly a momentous sale and one for the history books," said Brian Kendrella, president of Stack's Bowers Galleries. "The new owner of the Eliasberg nickel now possesses one of the rarest, most valuable United States coins, and one of only three examples of this coveted coin in private hands."

The coin is named for financier Louis E. Eliasberg, who bought the coin in 1948 and amassed one of the greatest coin collections in U.S. history.