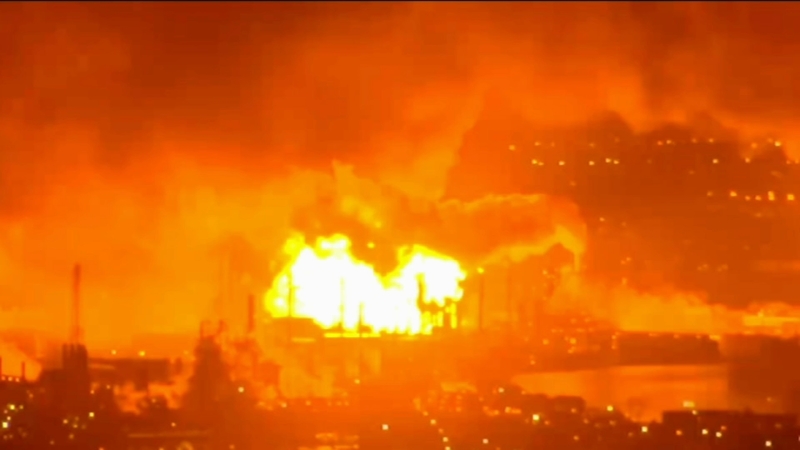 PHILADELPHIA (WPVI) -- The City of Philadelphia has released a report evaluating the Philadelphia Energy Solutions refinery.

The report was authored by the Refinery Advisory Group, which was established in the wake of the explosion there back on June 21.

The fire significantly damaged equipment and systems at a complex that was already struggling financially, the company said.

The 150-year-old complex processes 335,000 barrels of crude oil daily into gasoline, jet fuel, propane, home heating oil and other products, according to the company. It started as a bulk petroleum storage facility in 1866 and began refinery operations in 1870.

presence of a large oil refinery in our City raises a series of valid questions, therefore it was important that City government understand all of these perspectives as the future of the site unfolds so we can prepare for a variety of possible outcomes."

"The refinery has been a significant part of Philadelphia's economic landscape for more than 150 years, yet it remains controversial," said Managing Director Brian Abernathy. "Unlike many employers, the refinery sits at the intersection of many different public and private interests-most of which are inherently in conflict with one another."


The future of the refienery will be determined through ongoing the ongoing federal bankruptcy process.

Information gathered in the months that followed the explosion is included in the report, as well as recommendations for the future of the site, and ways to improve it's impact on the community.

Some of those reccomendations include: