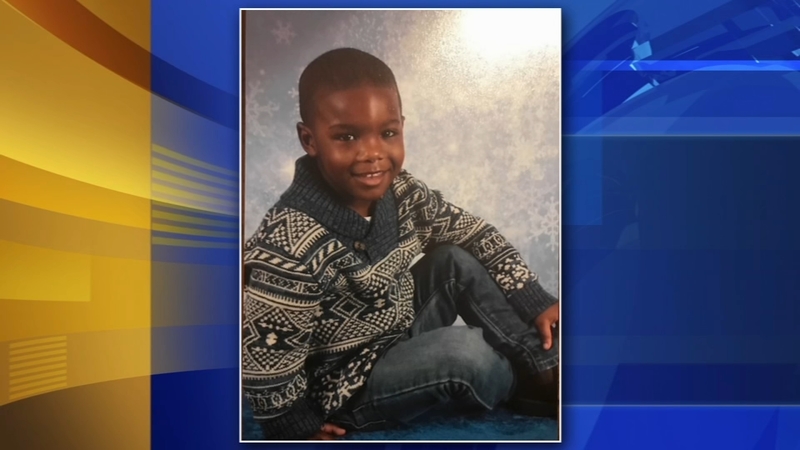 NORTH PHILADELPHIA (WPVI) -- Investigators say the driver suspected in a hit-and-run that badly injured a little boy in North Philadelphia is cooperating with police.

So far, there has been no word on any charges.

The child, 4-year-old Tahir Stowe Smith, was struck on Tuesday evening in the 2600 block of North 16th Street.

Surveillance video shows him running into the street to get a ball before he was struck by a car turning onto the block.

"He lost control of the ball, then everything happened really fast after that. I tried to grab him. That's just how it happened," said his mother, Quaeerah Stowe Smith.

Watch surveillance video of a hit-and-run incident in North Philadelphia that left a boy hospitalized.

She rushed to her son and grabbed the injured boy and shouted to the woman behind the wheel.

"I just ran, told her to back up, got my child, got in my cousin's car and took him to the emergency room," Stowe Smith said.

While they rushed to get help, others confronted the driver who got out, looked, then pulled down the street where she stopped again. Family and neighbors ran over to get more information.
Soon after the driver took off. Police say she contacted investigators after the fact.

"Anybody that's in the situation, just stay. I would not have been able to pull off like that, but some people are shaken up and it's all they can think of is 'go,'" said Stowe Smith. "Just stay."

As for the Tahir, he's had surgery but is feeling much better.

"He says 'Mom I want to go home, I want to see my brother, I want to go to the park,'" said Stowe Smith. "He wants his ball that you see in the video."

The little boy has severe injuries to his right leg and may need plastic surgery.