Record number of guns seized at Philadelphia International Airport in 2021

The TSA says the top excuse they hear is that travelers forgot the gun was in their bag.
WPVI 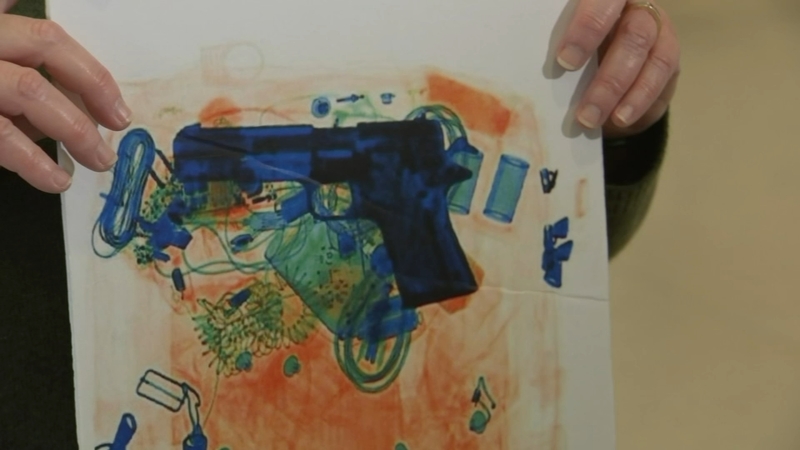 Record number of guns seized at Phila. Int'l Airport in 2021

PHILADELPHIA (WPVI) -- The Transportation Security Administration calls it a concerning phenomenon: a sharp rise in guns being confiscated at Philadelphia International Airport.

On Friday morning, TSA officials showed off some of the weapons that were discovered at security checkpoints last year.

In 2021, a record 39 guns were confiscated. That's nearly double what they saw in 2019, despite a third fewer people flying.

The top excuse they hear is that travelers forgot it was in their bag.

"And what I would say is, 'if you're a responsible firearm owner, you should never forget where your firearm is,' so we don't accept those excuses," said Gerardo Spero with the TSA.

Last year, they say more than 86 percent of guns brought to airports nationally were loaded.

"TSA caught nearly 6,000 guns at checkpoints, which is a record for the 29-year history at TSA," said spokeswoman Lisa Fabstein.

It's a big mistake that will cost you time and a lot of money.

"You can and will face civil penalties. Civil penalties start as low as $2,000 and go up depending on the circumstances, whether the gun was loaded or unloaded," said Spero.

If you do bring a gun, make sure it's unloaded and locked in a hardshell case.

You must also declare it with your checked luggage at the check-in counter.

It's ultimately up to Philadelphia police how they handle the issue, but know this: the discovery of a gun will completely shut down the security checkpoint which will cause serious delays.