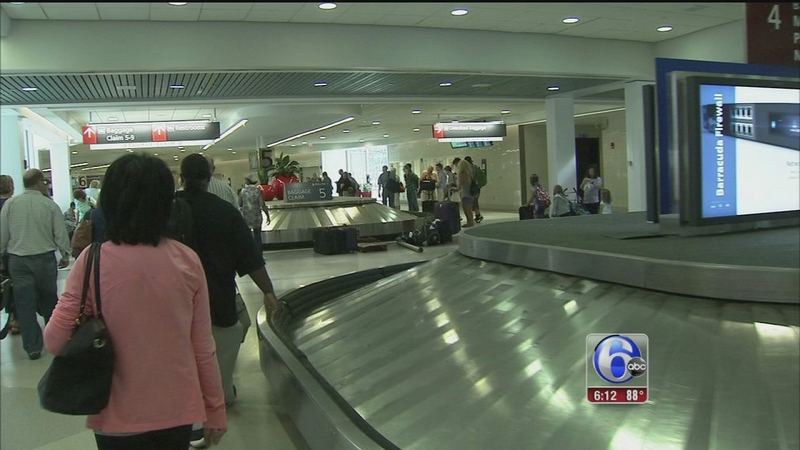 Airport workers say they're fighting for dignity - that translates into better working conditions and more money.

The workers are calling for a union, and are fighting to be covered by Philadelphia's living wage of $12 an hour, as well as certain labor protections.

In a showdown, their allies on city council at one point Thursday refused to green light a new multi-billion dollar lease between the airlines and the airport until a labor peace side deal was struck.

When you come to the airport you might think everyone works for either the government or the airline. But that is not the case. About 2,000 baggage handlers, sky caps, and aircraft cleaners work for subcontractors.

For years workers have described their pay, as low as $7.25 an hour, as poverty wages. They claim working conditions are poor, and efforts to speak out often result in being fired.

Today, facing a deadline that if missed could scuttle that new airport lease, a contractor side deal was struck with the airlines.

Michael Minerva of American Airlines says, "Starting July 1 all workers at the airport will receive a wage of at least $12 an hour."

What's more, the airlines promised they would send a strong message to their contractors that the airlines will not oppose union organizing efforts.

"We do not oppose. We will not terminate an agreement with any of our contractors if they elect to organize or if employees elect to organize... That's a new commitment that American and the other airlines are making," Minerva said.

The union that has been pushing the negotiations for the workers is also pleased.

Gabriel Morgan from the Service Employee International Union tells us, "Finally, at least they will have their legal rights respected and they will actually make at least $12 an hour. We think that is a great first step."